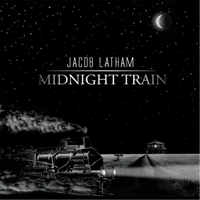 Bloomington, Indiana “roots rocker” Jacob Latham is set to release his first full-length Album, “Burn”, in the summer of 2015.  With his performing career already spanning 8 years, the now 20-year-old musician shows maturity beyond his years in his songwriting and stage presence.

Latham is steeped in the sounds of musical greats such as Bob Dylan, Johnny Cash, and Tom Petty, to name just a few of his influences.  Two years ago, Latham introduced himself to the world with his critically acclaimed EP, “Midnight Train”, Produced by Paul Mahern (John Mellencamp, Lily and Madeleine).  Americana UK said, “His musicianship on the album is superb . . . and the lyrical content belies Latham’s years”.  And, east-coast magazine The Alternate Root mused, “[He] is a storyteller whose voice inhabits the skin of his characters.”

Latham’s upcoming release is more rock influenced than his EP, but still maintains the themes of loss and love in the landscape Americana.  The gritty “New York” aligns loss with place, while “Lake Ontario” is an ode to the great Northern Lake.

The title track, “Burn” is a mesmerizing single with lovely fingerstyle acoustic guitar bends and an unforgettable hook. As is “Slow Down”, with a more roots feel that will transport the listener to a frigid, yet beautiful winter day. Meanwhile, “The Angel is Next” and “You Never Know” are more rock and roll, with full-blown Jimmy Page-esque solos from co-producer and guitar wizard David England.

With the album “Burn”, Latham brings a bigger sound, and seeks a wider audience.  He has toured extensively throughout the Midwest, and has also played shows traveling from coast to coast.  Last summer he was a finalist in the troubadour competition at the famous Telluride Bluegrass Festival, in Colorado, which afforded him the opportunity to play on the main stage in front of thousands.  With the release of “Burn”, the future looks bright for the young artist.