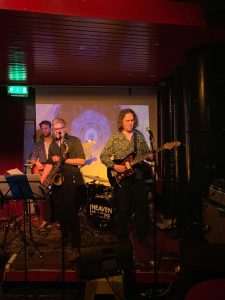 Pocket Size Sthlm is the brainchild of composer/guitarist Peter Pedersen. This conceptual musical unit was brought into daylight early 2010. There were some ideas and fragments of songs floating around in the pool of creativity. They were developed together with others.

Pocket Size Sthlm is pretty much a solo act which could in a way be compared to what Kevin Ayers and Syd Barrett were doing. In the same way as those icons were dependent on other musicians with their own voice, so is Pocket Size Sthlm.

The Pocket Size Sthlm sound would not exist without the contribution of all the musicians that have collaborated under this umbrella. So far one CD with the title “The Hornplayer From The Milky Way…” has been released (2010), and a digital single with the title “Dustman Sessions” (2012), which will be part of a future  concept album. The LP  “Exposed Undercurrents” came out 2014, and in 2016 the fabolous LP “Vemood (Cleaning the Mirror Volume 1)”. Last year the last session of the Cleaning the Mirror trilogy was recorded – and just as we speak the record Immortality (Cleaning the Mirror volume 2) is up for grabs. 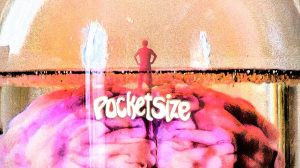 It´s of course hard to tell what the future will bring, but it´s highly believable that there will be a lot more music coming out of the Pocket Size Sthlm harbor. The Pocket Size sound is huge in scope and rich in textures. It fills tedious emptiness in your life – and serves you with layer after layer of happiness and fulfilment.

And… if you come out of a listening session and yet are a sourpuss then there´s no possible way for you to be rescued.