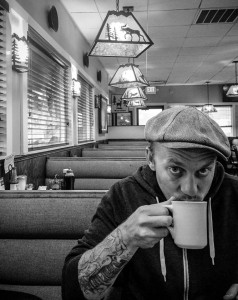 About:
Take folk music’s tradition of storytelling, mix it with some aggressive punk flair, add an impassioned voice and Ryan Davidson is what you get. 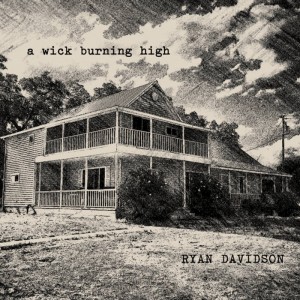 graphy:
Take folk music’s tradition of storytelling, mix it with some aggressive punk flair, add an impassioned voice and energetic presence, and Ryan Davidson is what you get. Hailing from Northern California, and educated in Ireland, his voice commands attention as it leads acoustic folk-punk songs that are not just emotionally diverse, but are guaranteed to get you moving, raise mugs, and strike chords in those in attendance. Suffering severe leg injuries as a kid, then using the pain and frustration to fuel a life of travel and music, this former Hit By A Semi bassist channels a passion for living and the stories of those he’s met along the way into his debut EP, Stories of Many (2012). Since its release last November, Ryan has been touring the West Coast practically non-stop, sharing stages with many great performers, including Chuck Ragan and Dave Hause on the Revival Tour this last April in San Francisco. Some people have described his music by saying, “It’s somewhere between spirituality and a fistfight. It’s good, powerful, no f#cking around kinda stuff.” So, when you catch him (and you will), down that whiskey, take a deep breath, and sing along!