Don Antonio and his The Graces band are today unusual act, judging by their career, and also if we speak about the music, which mentioned leader and his mates produce. Even before the actual release, the music was picked up by Netflix to be the sound of their ” Wanna, Fortune Seller : A TV Scam” show.
Don Antonio has a huge experience as a musician, he is guitar maverick and world traveler, and this is his third album done with similar author’s views and similar psychology. 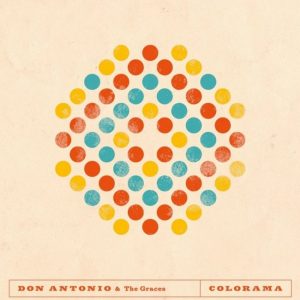 This is also sort of soundtrack, which musically capture the long period between 60’s days and the present moments. As a Don Antonio use to say, “his music is always music for imaginary movies”. He has recorded and composed with the Tuscan duo The Graces, Piero Perelli on drums, and Luca Giovacchini on guitars, at “Crinale”, a studio lost in the Emilia Romagna hillside. 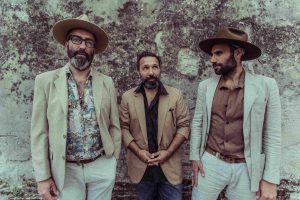 We can find in this very exciting album, a lot of genre clashes. Here we can “hear” 60’s music roots, some sort of Italian world music, hidden African music roots, even hidden shoagaze traces, which distorted guitar sound, reflects all the time. So, this is pretty amazing, and in the same time unusual. “Colorama” is also a sort of conceptual album/story, which can easily put you in some informal “state”, and other time coordinates. This album also brings music that simply requires an analytical approach and frequent listens.