Winter as a band is a part of project of key person, frontman, composer, also guitarist,  Marcus Winter. Actual album following the latest official release “Pale Horse”, from autumn 2021, as well as the re-release of the “Best Of” compilation “Looking Back” from spring/summer 2022. 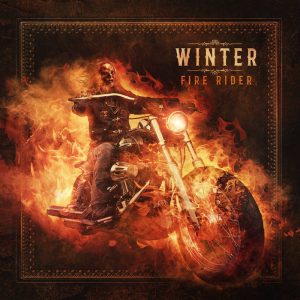 “Fire Rider” as a album we can find in few forms: as a CD, digi CD with 2 bonus tracks, double LP and of course, in digital option. In many aspects, even that we can conclude that “Fire Rider” as a product with complete presented materials is well-produced release, most of the songs posses 80’s spice, and what is more important 80’s psychology. Technically, all the things function  as expected, and the team around Marcus, did their work professionally and with solid quality. On the other hand, most of the songs, posses 80’s approach, with maybe less goth rock elements, but with more hard rock/melodic rock/AOR traces as well. Marcus is a very confident singer with good performance energy, but a number of songs have a similar approach, similar delivery and lack of imagination. 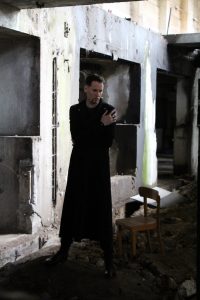 “Fire Rider” is not a release without “tangible” quality, but the songs themselves don’t have enough “original” parts, and many arrangement guidelines take the story in the expected direction, which ultimately doesn’t represent what many of Marcus’ followers were looking and possible wanting.