During the November of still actual 2022 year, the audience  included in the world of electronic worldwide tendencies and releases, can be faced with an interesting and unusual project, done by two persons, Baltes & Zayn, who joined forces, one from Germany, the other from the Philippines, to conceive, create and publish a release called “Blue Sunset”. 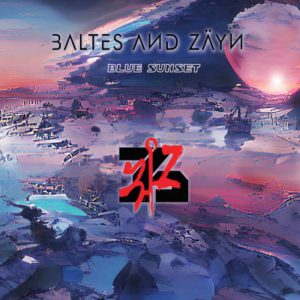 And, this is also sort of conceptual album, with the so call fictional screenplay, where themes for inspiration are “taken” from the world of : horror, films, books, anime comics…Futuristic cover design hints at an unusual vocal/instrumental projection, which under its own control “conducts” the entire album from its beginning to its end. And instrumentally, here we are faced with 80’s electronic views, dark wave projections, 80’s mainstream synth pop additions, but all this is “conducted” by low fi psychology. In many moments and observing from several aspects, the music from the release, sounds much more like an imaginary soundtrack. 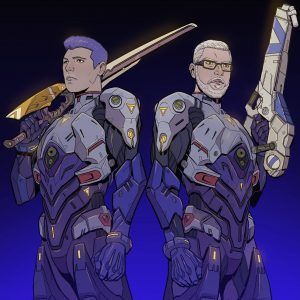 “Blue Sunset” is a multi-layered release, which production could have been more convincing, but whose recognition is “hiding” in stylistic/conceptual diversity.