New and fresh news comes from “Total Metal PR Agency”, and it is related to the activities of the band 3000AD.
Here are the information and part of biography : 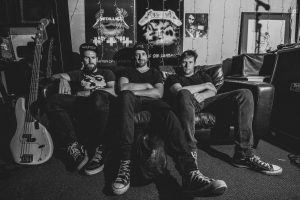 In the short time, 3000AD toured across New Zealand and gained airplay on several major radio stations.At March 27, 2020, the album was officially released by Total Metal Records. It was supported by Total Metal Over Europe Tour – X, together with legendary German Necronomicon.