Out of Czech Republic comes a quartet called Hairy Groupies. Judging by their image, title of album, and many similar other things in between, looks that many elements could be clear to potential listener, before starting to analyze group’s presented music. 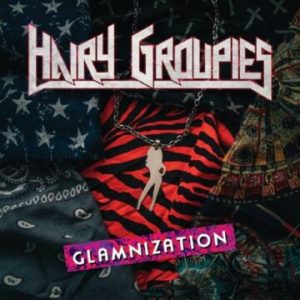 Czech fellows started with  an EP in 2017, and in last period of previous 2021 year, they have released  full-length album with 10 tracks in, entitled “Glamnization”. A group in its line-up have an excellent singer , but all the other musicians their jobs done in right way. “Glamnization” in many ways associate on late 80’s/beginning of the 90’s albums, even that in my opinion USA glamsters influence isn’t present in many aspects. Czech group sound closer to European acts from mentioned era, than to USA stars, but in many aspects , they know how to capture the standards of our time. 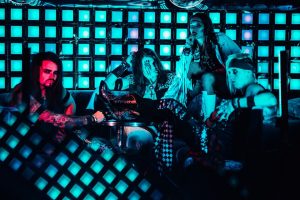 I would add that production is also closer to 80’s period, and Dennis Ward, a man response  for the studio works, did a good job. Hairy Groupies knows how to connect 80’s hard rock with glam elements, where in central circle stay melodic traces and songs ( under the mentioned genre’s form ) acceptable for possible radio using. “Glamnization” is listenable product, and also album where we can hear and see one coherent team.