Soadan is a group of 3 musicians, also multi-instrumentalists,and guys whose interesting spheres touches Afro culture, fusion and many other segments of world music tendencies. 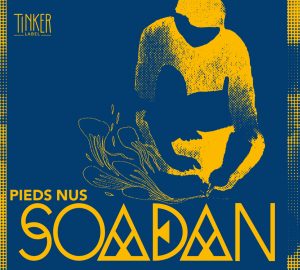 Their actual release “Pieds Nus”, where we can find 10 tracks in, sung in French language, will be available worldwide digitally in April 29, and as a CD in 20th of May, this 2022 year.
For presented songs, themes, harmonies and beats, a group has been found inspiration during and after their travel memories through West Africa,over the last four years. 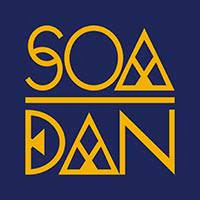 You will find here and there, as same as in their previous releases, elements of Afro beat, Gnawa music, Creole Blues, calypso details, and to me important traces of African music legacies from the 70’s period. All the time fellows from band has offered relaxing, but of course, not boring atmosphere, where following playing rhythms conquer your body and soul as well. Pleasant atmosphere is also one of certain elements of  band general exposure, as same as melodic lines in all of the offering songs. “Pieds Nus” is enjoyable and listenable album, acceptable for the ears of wider listeners population.