NORBERT EGGER & NATURAL BLUES- “I Am Not Don Quixote”

Guitarist/songwriter and blues veteran Mr. Norbert Egger is well-known name, not only under the German blues sky. His works  has been noticed during the previous years, and his career deserve more than usual respect. I had a special honor to receive from Norbert several CD’s from his label “AAA Culture”, and I’m more than thankful for his professionalism and kindness. 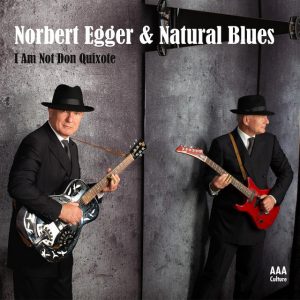 “I Am Not Don Quixote” is his actual release with 17 tracks in, done in electric/acoustic blues, country blues, and delta and Chicago blues manners as well. This colorful soundscape characterize practically complete presented materials and songs, whose structures touches different arrangement creations and various tempo changes. Also is clear that different atmosphere has been created by musicians from the band and Norbert himself, and that is another quality of this album in general. 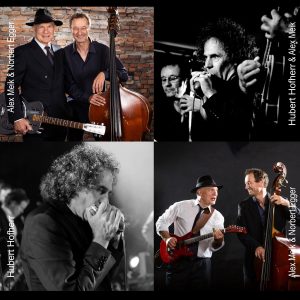 Most of the songs composed by Norbert, posses autobiographical screenplay and he has been focused on love themes and on the other hand on critical lyrics. I would add that harmonica player Hubert Hofherr did the great job with his performing interpretation.
So, “I am Not Don Quixote” is an album whose musical perception posses many stylish faces. Don’t hesitate to check ’em out!

VANJA ORLANDIĆ- “Why I Sing The Blues” PAPERCUT – “Painless”