On November 26th, this 2021. was the world premiere of the album, entitled “Lamenta”, created by musical artistic direction of Greek singer Xanthoula Dakovanou. She is a principal voice of “Lamenta”, and the creative focus of this album has been inspired by the musical tradition of Epirus, Greece, fusioned by the world music, avant-garde jazz and folk elements among others. 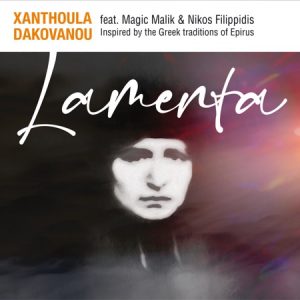 The music from the album was inspired from the “Miroloi” traditions of Epirus – where the songs of lament related to the loss of a beloved. So, in this creative opus, where many well-known musicians has taken place, many genres variants clashes in strange world of several musical challenges, such as: world music, avant-garde jazz, folk, pagan folk with strong Greek heritage, and experimental rock as well.
The Dancing show also called “Lamenta”? Xanthoula created the music for this show, and it is touring since Spring 2021 and has excellent feedbacks from the Press. It was presented in Athens, Avignon and will be in Paris too. 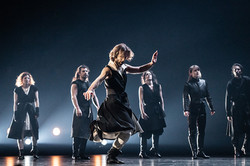 And in this modern musical opus, with a lot improvising details and unexpected arrangements creations, a potential listener can hear many so call new tones, and why not to say, newer musical views. To me, specially is interesting relation and duality  between world music traces and pagan folk elements. This album is unusual journey to one new world, where past and future can be unite in one circle.