Octantrion are French female-male duo, active some period ago, and they have taken attention of worldwide audience with unusual stylish performance, general original approach, and unusual sound challenge as well. 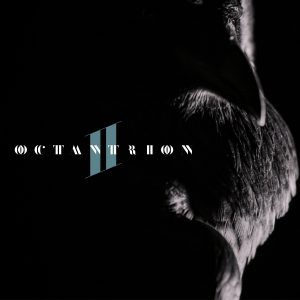 Mentioned duo is consisting of : Eleonore Billy (Swedish nyckelharpa, Norwegian hardingfele) and Gaedic Chambrier (Nordic bass cittern, mandocello, harp-guitar), with a light double bass accopaniment by Jean-Philippe Viret, as well as by some percussions, much denser orchestrations can be found in the actual album. 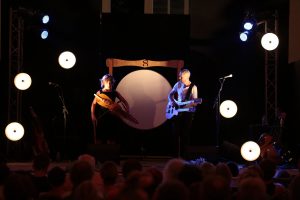 So, what the sort of sound  can be offered and delivered  by Octantrion. On the album, where we can find 15 tracks, potential listener will hear unusual arrangements,  mostly  epic Nordic folk elements, unexpected results in instrumental conversations, and much more. But Octantrion music is thrilling, at the same time modern, with full of up tempo changes, and attractive instrumental dialogues too. Many pagan elements are also their strong weapon, and duo uses mentioned detail in practically all of the songs from the album. When you are in position to enter in the world of Octantrion, you will receive a constant need to listen again and again their music story.
In final, “ll” is serious release, original in every aspect, and there’s no doubt that French duo brings something different and fresh  in worldwide world music scene.