Singer/songwriter/guitarist Paul Benoit is an active figure under the Americana/roots music sky. In his hometown Seattle, Washington, also throughout the Pacific Northwest, he has performed many times. Over the years, he has performed and recorded his own music as well as partnering with other songwriters and musicians. 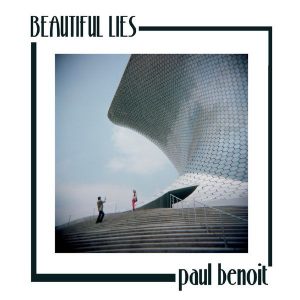 Paul also composed the soundtrack for two films, including IFP Seattle Spotlight Award Winner “Diggers,” a short film that completed a successful run on the international film festival circuit, winning several distinguished awards along the way. He has also toured in Canada, Europe, North Africa, Asia, and Latin America, performing solo and collaborating with numerous musicians.
“Beautiful Lies” is his actual full-length with 10 tracks in, collection of Americana ballads, and songs done as duets with : Amilia K. Spicer, Michelle McAfee, and Sean Divine. The actual album includes special guests Jesse Dalton on acoustic bass and Noah Jeffries on violin and mandolin, from the Austin Texas band – The Deer. 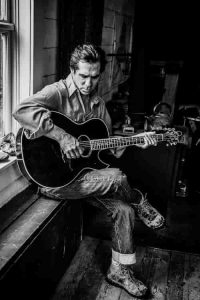 Paul has offered mostly unique standardization through offering songs, where emotive, but also darker atmosphere and mood, dominate from the first to the last song. Yes, there exist some differences seen in arrangements variations, but author all the time create specific, expecting feeling and interpretation. Since that Paul has created evident technical and professional standards, maybe some vocal variations, as same as  different arrangement views, it could help, that complete album in final sounds with more diversities. I would say important diversities.