Nick Fletcher is a well-known classical guitarist, also a member of John Hackett Band, and for his performing qualities British press in last few years used to say, that Mr. Fletcher is a best kept secret in nowadays progressive scene. I would say that Mr. Fletcher’s  professional activities started out from 1981 year, and his performing signature has been presented on many releases. 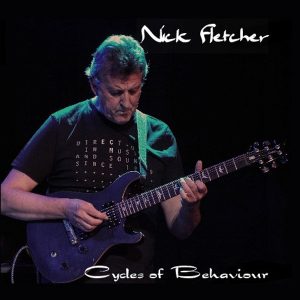 Mr. Steve Hackett also say for Nick, that he is probably the best British jazz-rock guitarist.
“Cycles of Behaviour” his solo work from the March of this 2021 year, is an album with 8 tracks in, recorded in various locations between 2019-2020. A producer of an album material are Nick Fletcher, together with Caroline Bonnett, and Caroline also mixed and mastered songs from the album. 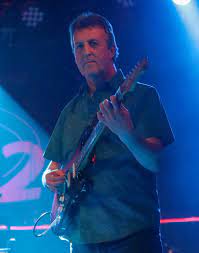 “Cycles of Behaviour” brings memories on golden era of progressive music, a period of late 60’s and the beginning of the 70’s, even that Nick as an author and instrumentalist also has accepted nowadays standards. “Cycles Of Behaviour”, as an album captures symphonic elements,  fusion and jazz rock details, art rock variations, where potential listener can enjoy in strong technical including and wonderful arrangement creations. Nick has offered a nice work, but there’s no doubt that other performing duties of John Hackett, who was also a vocalist, Dave Bainbridge, Caroline Bonnett, Tim Harries and Russ Wilson are worth of every positive respectations and marks. This is a creative and nice product of Nick Fletcher, and there’s no doubt that many prog. fans will often return back to the music from the mentioned release.