Lazy Afternoon are Swedish team of musicians who enjoy their music, and each of group’s songs posses happiness, positive atmosphere and good mood. 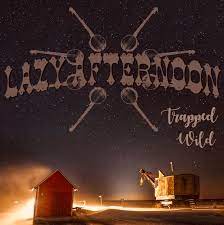 ‘Till now, they have released 2 albums and several singles. Actual one, titled “Trapped”, is a rhythmic song with melodic and modern elements of Americana/roots music, country/country rock and hidden Cajun including. A group is constantly active, and new single confirm band’s authors views, seen also in their previous releases and songs.