Out of Bancroft, Ontario, rural part of Canada, comes a band Uncle Woe, whose members are : Rain Fice – guitar, bass , keyboard, vocal and everything else, and drummer Nicholas Wowk. During the brief period of one year, they have released a 2 albums, actual one/second  is “Phantomescence”, with 4 tracks in,  and about 40 minutes of music. 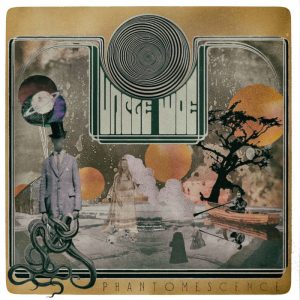 Uncle Woe are interesting act, whose basic influences comes out from doom as a genre, but with strong additional of heavy psych/acid/stoner, and grunge elements as well. Their themes/songs are dark, slow, with clear depressive tensions. I would add that Canadian tandem has also taken something from the  60’s and 70’s era too, more psychologically, but in final, judging by production, they have captured a moment of actual era.

Canadians have offered an equalizing materials, and we can say that all of 4 songs were possessed similar atmosphere and similar quality. Nothing new, but at the same time Uncle Woe, that’s the facts, has given something authentic, so I think that the group will develop future career  in right direction.