Out of Dijon, France, comes a jazz quintet fronted by electric bass and contrabass  player -Sebastien Hugue. All the members from the band are young, but also well-educated musicians, with respectable knowledge. 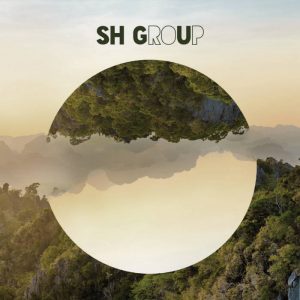 A few months ago, Sebastien and his colleagues  has released a debut EP, with 5 tracks in.
What we can find here is a variant of modern jazz idioms, based on avant-garde elements, and what is also important to say, ECM musical heritages too. Not all of 5 presented themes are, judging by arrangements works on mentioned musical fields, but some influences reaches to Eberhard Weber, Abercrombie Quartet or Pat Metheny band, legacies as well. 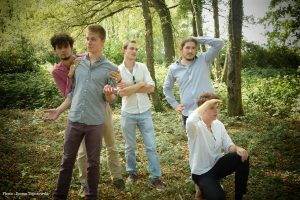 Ambiental and atmospheric traces are also leading elements in the music of French band, and I will add that specifically emotional playing of trumpeter Samuel Andre, and saxophonist Pierre Girard, are important parts in general creative process, done by these French artists.
SH Group has offered a vivid structural passages in its music, where author’s creations deserve a higher marks. Well done for sure, and SH band, there’s no doubt, has showed fine potentials and knowledge.