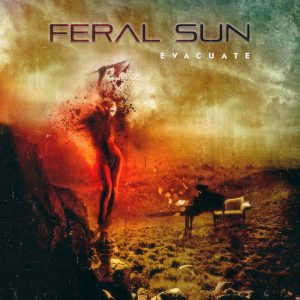 Out of London, UK, comes a four piece act Feral Sun. A few days ago I have received a CD from the band, firstly released during the 2014 year, but also available in digital variant.

During the period of constant performing and finding the place in national and international rock sky, Feral Sun established themselves as a band with powerful sound and clear vision. 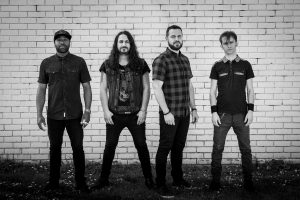 Inspired by the approach of the groups as a: Alter Bridge, Stone Sour, Seether, guitarist/vocalist Mick Burns and his compagnions has created their own sound full of emotions, strong riffs, raw, but controlled up-tempo changes, and coherent arrangements works too.

All of 11 presented tracks posses melodic look, and generally melodic lines are also one of the recognizable elements in bands music. Mentioned Mick Burns has created a lyrics, but all the members from the band are responsible for the music from the album.

Tom Keech has produced the album.”Evacuate” is an album for all the followers who try to find, or like modern rock sound on nowadays scene.