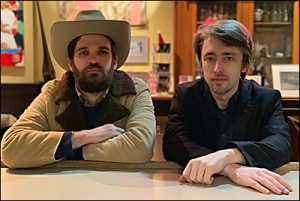 The new self-titled record from Coyote Brother is classic country, rich with lyrical imagery and the universal emotionality of the everyday. From loneliness and gratitude, to persistence and retribution, singers and songwriters John Hardin and Hayward Williams take turns offering up perspectives on each with sincerity.

Their welcoming conveyance transports the listener to a proverbial parlor room, ready for another round of storytelling. Folded in to the mix are plaintive steel guitar and robust organ, ebbing and flowing throughout their rolling and weaving vocals.

Coyote Brother is Hardin and Williams, 2 musicians with distinguished solo careers lasting over a decade before coming together as a duo. Drawn together by the profound impact that mental illness, in the form of panic disorders and depression, had on their ability to continue, Coyote Brother speaks to the collaborative work that can be achieved by taking a step back and re-entering the current with a strong support system. 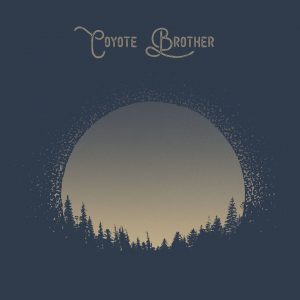 Hardin is a Madison, WI, based artist, who previously toured under a pseudonym which, when viewed through the lens of the changes he has gone through personally, he insists is not important. From 2005 to 2013, his music appeared in numerous television spots, and he shared the stage with Gregory Alan Isakov, Over The Rhine, Sara Watkins, Jeffrey Foucault, and more. He released 2 records during this period, ”Fools & Thinkers” and ”Visions Of The Sea”, touring extensively behind both before deciding to take time off to engage with and work on his ’personal and mental maladjustments’. He returned to music with 2016’s ”The Piasa Bird”.

Williams is based in Milwaukee, WI, and like Hardin, he took time off after years of extensive touring to tend to his mental health and gain control of persisting anxieties. His most recent records since returning to music, ”The Reef” and ”Pretenders”, re-enforced his well earned reputation as a soulful folk artist. As a solo artist, Williams has released 7 records, toured across 3 continents, and has shared the stage with artists such as Jose Gonzalez, Sturgill Simpson, and the Secret Sisters. 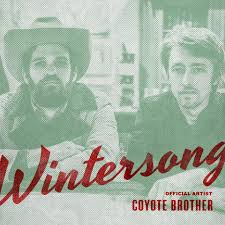 The 2 came together after a moving in overlapping circles for a number of years. It was Hardin who first proposed the idea of working together, asking Williams to produce ”The Piasa Bird”. During this process, they discovered how well suited they were as a duo, and after Hardin co-produced Williams’ record ”Pretenders”, the  decided to ’hitch their wagons together’ and form what they now call Coyote Brother.

A majority of their debut, self titled record was engineered by Hardin at his home studio, with the remainder recorded remotely at locations across the country. In addition to Hardin and Williams, featured on the record are Charles Koltak on drums, Jeremy Moses Curtis  on bass, Brooks Milgate on keys, and Eric Heywood on pedal steel. The record was mixed by Alex Bush of Sonikwire Studio and mastered by Ed Walsh  of Resonant Mastering.

At its core, Coyote Brother is steeped in the spirit of traditional country music with rich imagery, timeless storytelling, and poignant melodies that carry the listener through the drama of the modern world.