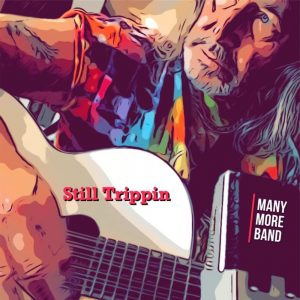 Friday, 26th of July, is important date for my colleague mate Pedja Jovanovic and myself, cos’ in Toronto, Ontario, Canada in “Oscar Roadhouse” club, will be a promotion of our books “Rokenrol u kandzama interneta 1 & 2″, with additional introductions of our work in”RnR Records” label, and introductions of our beloved groups/artists. Of course, one of important additional thing will be introduction and reading parts of poetry words from the  books of  our another colleague mate – Branislav Basic Pekar – “Seljobriti” & “Seljobriti kazi 2”.

But mentioned happening wouldn’t be complete, without  performing show of one hosting band. The name of group is Many More, and this night they will also promote its actual album, released in 19th of July 2019. entitled “Still Trippin”.

Many More isn’t a newer name in Toronto, Ontario area. They are from Bramalea, and work as a quartet. The band has started it’s story in 1998-year, and during the period of existence they have suffered of several musical so call transformations. Its actual album “Still Trippin” a group has offered digitally in few important places, and so-call restored and re-arranged their older material. 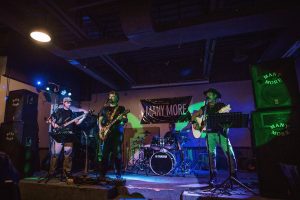 Many More is first and foremost original act with clear attitude and pretty interesting ideas. They are first of all rock act, and its rock style is a variant of few similar and not so similar influences, as a:  alter rock, 80’s rock and 90’s rock as well. I have to add that the band members themselves call their music “northern rock”.

They are pretty certain musicians, with clear experience. The important detail in their music is atmosphere, very specific, and different from song to song. I would add that band has recorded material mainly in mid to mid up tempo.

Many More of course, posses in its opus many songs, suppose also enough covers, and all the people in audience who will be in “Oscar Roadhouse” on 26th of July, will spent good time with enough positive vibrations. Enjoy!