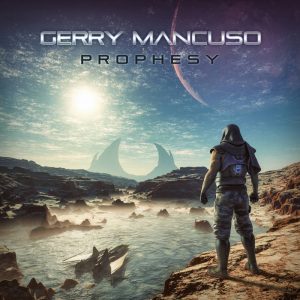 Out Of New York comes a songwriter and guitar virtuoso Gerry Mancuso, active some period on indie market. He is also a guitar teacher, and producer/arranger of his materials.žDuring the February, this 2019 year, I have honored to be one of the first reviewer who received his  CD outside USA. His actual material also can be find on many digital platforms too.

“Prophesy” is an album with 9 tracks in, where all the things Gerry did practically with his own hands.
His music is, I would say, lyrical instrumental combination of several forms, as progressive rock, progressive metal, fusion and classic instrumental guitar music as well. As an instrumentalist and guitarist, Gerry lead potential listener to imaginary spheres, landscapes, spaces. Most of the themes often posses rhythm changes and performing variations as well. All the themes also are pretty melodic, done in mainly middle up or faster up tempo.

“Prophesy” is also a sort of conceptual album where we can find influences equally coming out from different periods, as the 80’s, 90’s or actual time. 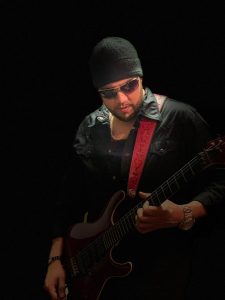