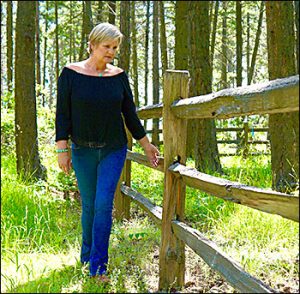 Elisabeth Carlisle’s new release, “Beyond These Walls”, is a song about the strength to break down walls that life can put up sometimes. Although inspired by her husband’s personal battle with multiple myeloma cancer, the song is meant to give encouragement to those facing any struggle that may seem to be insurmountable, yet through love and faith we can go ‘beyond these walls’.

Elisabeth has toured extensively as a musician throughout the US and Europe and has released 4 albums. Her debut album features Rusty Anderson from Paul McCartney’s band on “Some Things” and on her 2nd album she collaborated with Meredith Brooks on “My Future”. Other popular songs have been “6000 Miles” , which made it in the top 100 for NBT Music Radio in Germany, and the title track from her 2nd album, “Roll With The Flow”. 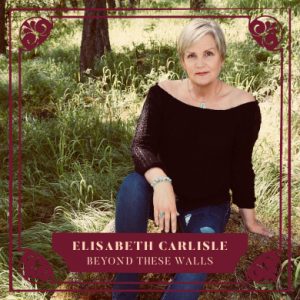 Elisabeth has been working with producer Amir Aly in Sweden for her last 3 projects and recently completed a tour from Montana to California with her Swedish band, Pelle Jernryd, Mattias Pedersen, Jörgen Larsson-Lindström and Amir Aly. Her “Roll With The Flow” album features Thomas Holst from Torsson on bass.

Born and raised in Northern California, Elisabeth’s music combines the folk and rock that defined the San Francisco music scene, along with the pop influences she discovered while living in Sweden in the 90’s. She is known for her poignant lyrics and distinguished melodies. Radio talk show host John Sandage has compared her to Joni Mitchell and Joan Baez, while others hear Melissa Etheridge and Pink.

In the end, Elisabeth Carlisle has created her own mark in americana and continues to produce songs that go beyond the ears and reach into the center of the heart.