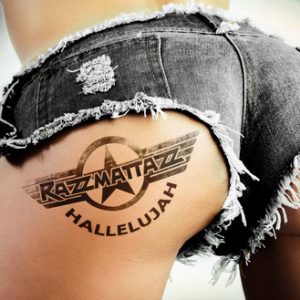 Out of Stuttgart, Germany comes a band Razzmattazz, whose activities dated from 2011 year. Until now, with freshly released actual “Hallelujah”, band has released 4 albums.
During the period  of existence, Razzmattazz  has been nominated and awarded as best newer hard rock act out of Germany, and it is also important to say, that its career is constantly in progressive process.

German fellows work as quartet, and its approach is nearer to old school hard rock variants. In some positive aspects, its rocking style knows to associate to Aussie guys Rose Tattoo, but some other listeners could find another groups or similar genre’s artists close to Razzamattazz style. Production is also nearer to older school, especially 80’s approach, but that was a bands choice in final.

“Hallelujah” is recommendable product of the German group, for all the followers of 70’s and 80’s hard rock tradition.