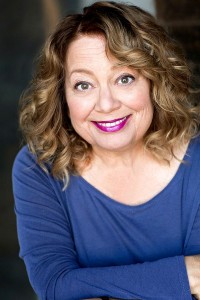 Judy Started Singing at a Young Age….
…much to the annoyance of the neighbors – while swinging on her backyard swings. When she was in the 3rd grade, she was the only one in her class to not back out of the classroom talent show. She came in second.

Judy’s sung in musicals, on commercials, on The Tonight Show with Jay Leno and for Mike Stoller when she sang the lead in the pre-Broadway workshops of “The People in the Picture.” But, Judy’s talents truly burst forth when she entered the world of improvisation and answered the challenge of instantaneously coming up with songs in various genres based on audience suggestions.
One day, years later, when she found a blank notebook and a pencil that was actually sharp, Judy started writing down her songs and her first album, “Variety Pak,” was born. And now – her second album, Balancing Act, is available on CDBaby!

Judy balances her songwriting work with her acting work: on TV in commercials and voiceovers, her 100 appearances on The Tonight Show with Jay Leno and various sitcoms, in film (she was recently hired as a dancer — and she ain’t doing a polka!) and on the stage. Her standup character, Smokey Lady, is the stuff of legends. 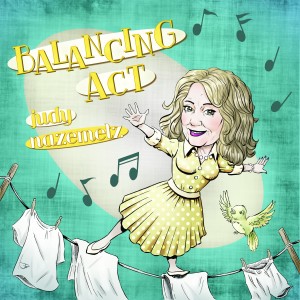