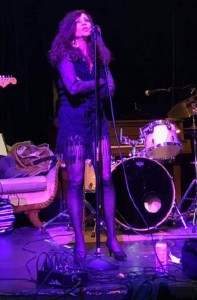 MAMA SPANX is a multi – member soul/rock/funk group made up of highly experienced and virtuoso musicians from the various musical genres. With strong influences by artists/bands such as Tower of Power, James Brown, Gladys Knight and Ike and Tina Turner the bands musical emphasis is on strong melodies/lyrics and grooves that at the same time highlight and feature the individual players as well as an exciting stage show.

Background:
Leader/singer/songwriter and New York Blues Hall of Fame vocalist Nikki Armstrong, known for her soulful vocals and high energy performances, got the band concept while collaborating for several years with Soul/Jazz Guitarist/Producer Melvin Sparks. Melvin, a major influence on the jam band scene, came up with the name Mama SpanX. After Melvin’s passing in 2011 and performing all over the eastern seaboard and abroad, Nikki finally began forming the band in 2015.
The first artist to join was Drummer/composer/arranger Ben Beckley. Nikki and Ben had collaborated previously, songwriting and producing in LA before Nikki relocated to New York. 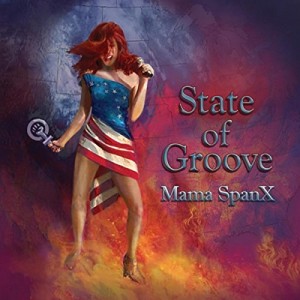 Dixie Frog recording artist/Blues guitarist Steve Johnson and his girlfriend, Latin/Jazz Saxophonist Julie Sax joined. The couple and Nikki had played together frequently on the New York scene before Steve and Julie had relocated to the LA area.

To contribute to the soul and gospel aspects of the band, and prominent fixture on the LA Blues and R&B scene, Tenor Saxophonist Steve Sadd became the next asset to the group.

The search for the ideal bottom end to the group took almost 6 months. Six string fretless Bassist, David Abercrombie, with the perfect pocket for the band, signed on!
This 7 pieces team of like-minded musicians forms the main core of Mama SpanX.