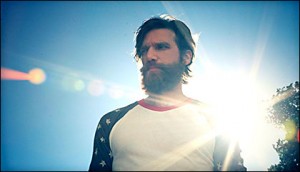 Gregg Stewart grew up in the meadowlands of northern New Jersey in a small trailer park, nestled among the factories that bring you Chips Ahoy cookies, Yoohoo chocolate beverages and Matchbox cars.

He received his 1st guitar from a family friend at the age of 14, and after spending a humiliating amount of time trying to teach himself, he was lucky enough to meet and be mentored by the most musically talented high school dropouts in the state.

Gregg says, “I’d meet them every night after school at the local laundromat to learn new songs. We’d drop a couple quarters in the dryer to keep the place warm, unplug a couple washing machines, plug in our practice amps and start playing. To this day, I can trace the majority of my song sense and playing skills back to these guys, and my time in the laundromat”.

At 16, Gregg moved to California to complete high school and pursue a career in art, but instead found himself working the factories of Ontario. During his stint as a forklift driver, Gregg began playing in a local punk band made up of fellow factory workers and all aspirations of an art career were soon abandoned. 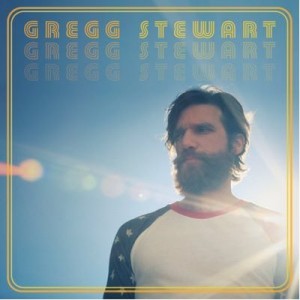 At age 22 he signed his first publishing deal with EMI Blackwood Publishing and spent a year writing songs for them and collaborating in the Los Angeles songwriter scene. While writing for other artists around town, he helped form a female fronted rock, pop and soul act that soon signed to Elektra Records. Gregg describes his time in a band on a major label as ’my college education in the music industry’.

After leaving Elektra, Gregg formed his own independent label and released what would become the first Stewboss record, “Wanted A Girl”. Recorded in various apartments, Gregg wrote, sang and played guitar on the whole album, while enlisting the help of his favorite musicians in the local Los Angeles music scene. The album received great critical acclaim, with 5 songs being featured in film and TV, such as “Let’s Go For A Ride” heard in the Kevin Costner and Kurt Russell cult-classic “3 000 Miles To Graceland”. Soon after, the band began receiving airplay on BBC Radio in the UK and a subsequent tour followed. 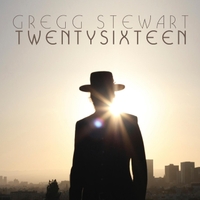 On the band’s follow up release “Sweet Lullabye”, Gregg’s song “The Midnight Shift” placed as finalist in the John Lennon Songwriting Contest and his song “O’ Carry Me” was featured in the stage revival of “Little Women”, which played for over a year in London’s famed West End. Stewboss went on to release 5 full length albums and tour Europe 7 times, sharing the stage with a wide array of artists such as Slaid Cleaves, Marah, The Bottle Rockets, Dolly Varden, Gary Jules, Alexi Murdoch, Slobberbone and the legendary Chip Taylor. Gregg has also toured as a sideman and guitarist both in the US and abroad, and in many cases helped to book the tours himself, due to his many friends and contacts in the UK touring scene.

Between touring and recording, Gregg has composed and created the score for a dozen independent films, documentaries and shorts, including the short-film “Beautiful Dead Things”, which recently won awards at the 50th annual Houston World Fest, Diversity in Cannes, and at the Female Eye film festival in Toronto.

As a songwriter, Gregg recently co-wrote 3 tracks, including the 1st single “Boundless Fearless Love”, on the upcoming Dead Rock West album, “More Love”, which was produced by John Doe of X. He has also written and produced songs for a number of artists including Michaela Paige, The Mazarines, Brian Seymour, and Alex Davis. His songs and collaborations have received airplay in the US, the UK, Japan, Belgium, Holland, Spain, Sweden and France.

His debut self titled solo album, as well as his 2nd album, “TwentySixteen”, are both due to be released in Europe this fall. ”TwentSixteen” ia a collection of cover songs inspired by the iconic artists we lost in 2016.