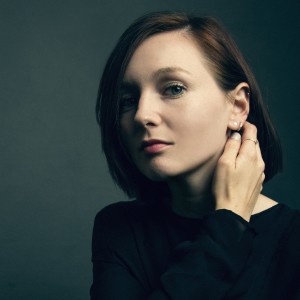 Hailing from the north of England, Maz O’Connor’s immigrant, Irish roots are repeatedly present in her music.  Combine this with a journey through the literary halls of Cambridge University, where Maz gained an honours degree in English Literature, and a relocate to the East End of London where she now lives and works, and one begins to understand the diverse influences driving this engaging singer-songwriter.

A paradox exists in Maz’s music. From her folk origins she carries a simplicity of song, a frankness and rawness that recall the starkly beautiful Cumbrian landscape of her childhood. At the same time, her considered and perceptive lyricism explores complex relationships between people and their surroundings, often presenting the modern city as a microcosm. She possesses the rare ability to create a whole world in a single song. 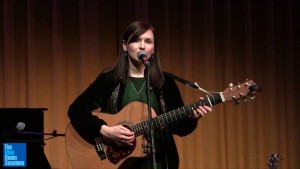 Maz’s most recent album “The Longing Kind” (2016) was hailed by press and pundits alike and established her firmly in the roots scene as a force to be reckoned with. Performances on the UK festival scene followed as did numerous accolades.

Never one to rest on her laurels Maz has recently begun to explore a more contemporary soundscape.  Collaborations with producers from the world of electronic pop music have lead to an exploration of shadowy, Scandinavian-esque, sonic spaces that accentuate simplicity, and set a scene for new repertoire that will be unleashed on the world in 2018.