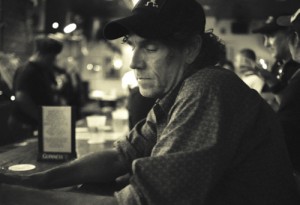 Timing can be everything. With the groundswell of americana, independent and alt country making huge gains in recent years, Case Garrett’s album ”Aurora” lands at an opportune moment of history, fitting in right alongside the sounds that are garnering larger audiences seemingly every few months. Launched in the late fall in the United States, Garrett and his mates are looking to conquer the European and Scandinavian markets with a full out tour schedule.

While firmly rooted in country music’s hallowed traditions, the independently produced album plays out as sublimely alive and contemporary. Garrett has a keen knack for songwriting and arrangement, which he confirms throughout this debut release. Saddled up with a truly superlative band of Nashville sidemen, including Michael Douchette on pedal steel guitar and the always-amazing Jenee Fleenor on fiddle, Garrett runs through a gamut of emotions and story telling throughout the album. 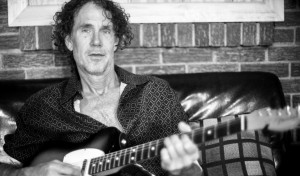 Playing multiple instruments, Garrett writes in a voice that is immediately accessible, blending in the hauntingly sad and personal in “Long Way Down”, to the tongue in cheek, slightly irreverent “The Thought Of You”. As a narrator, Garrett allows the characters to have wide berths in songs such a “Going Down To Mobile” and “Fill ‘er Up”, as they come vividly alive while they go about their trial and tribulations.

Born in Missouri, with an itinerant upbringing, Garrett is now settled just outside of New York City. He credits time in his younger years spent in Tennessee and Louisiana for much of his musical outlook, highlighting the integral roles of both his grandfathers.

Noodling songs on the piano at the age of 5, by the age of 10 he formed his first band, playing bass. The summer after his senior year in high school Garrett landed his first paying club gig with almost all original songs, on acoustic guitar, piano and solo vocals. There was only one problem, “I got a little lit-up”, remembers Garrett. “I figured that’s what you were supposed to do when you performed. My guitar heroes were doing it, I reckoned, and, well, I got paid but didn’t get asked back. Just a dumb kid no one had heard of. It’d be nice to say I learned my lesson then and there but…” 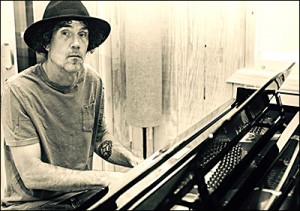 Alcohol plus other recreational activities, says Garrett, were already ingrained in his life. From a frighteningly young age, music and alcohol intertwined. Later, life brought Garrett a marriage and a child but then tragedy. In very short order, a divorce and the death of family members, his mother, sister, father, and brother, only led to more of the escapism. One day he found himself in the hospital with nurses and doctors hovered over him. They told him he should probably quit drinking if he wanted to live. Amidst the chaos, and the next few years, his young son and his music stayed the core of his life. And miraculously he found his footing. ”Aurora” is the result of that bedrock though it is never a screamed out presence. More so, it’s simply a river that is evident amongst the writing. 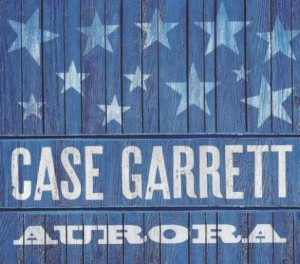 Garrett wrote, produced, and arranged the music on ”Aurora”. He played all the keyboards on the album, piano, b3, Fender Rhodes, acoustic guitar, some electric, and layered in some percussion. His original drummer, Shawn Fichtner, and bass player, Eric Swiontkowski, are on the recording along with some ultra talented Nashville players, Jenee Fleenor, Michael Douchette, Kevin Post and Aaron McDaris. In New York, stalwart session man Jimi K Bones did the heavy lifting on electric guitars and Clara Lofaro dazzles with her amazing backing vocals on 2 songs. Sammi Moore, from Nashville, adds her smooth twang to a number as well.

The spirited song, “What Can I Say”, kicks off the album with an impressive fiddle and pedal steel intro that sets the stage for the rest of adventure. “Long Way Down” was an antenna moment for the artist. He felt the lyrics and melody were just in the air, ready to grab when the time was right. “Years ago, I’m alone with my son on this baseball field, just the two of us, when I told him my brother/his uncle, had died the day before. Now, it was right after my sister had passed. Both from drinking and such. So he takes a beat to think it out and then turns to ask if he was gonna end up like them, drinking like that. Dying. He was eight years old and it just about tore me in two. I was sort of hovering between sinner and saint at that time myself. But it was the catalyst to move on. One day a few years later this song just appeared to me out of the blue. Actually the album was basically done when I wrote it, we were well into mixing, but I got it in there. Glad I did”.

“I mean, whatever you’re writing or singing, it came from something you know, but maybe you can’t describe it without music. It’s not conscious all the time, like the universe kind of just spinning around and sometimes says, ‘Here’s a song, write this down’. It’s coming from some other place. Which, you know, ain’t a bad place to be”.