THE ROAD MILES – “Ballads For The Wasteland” 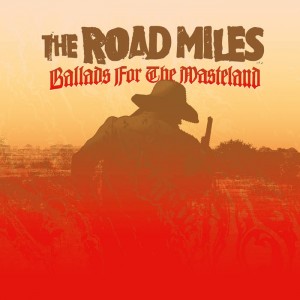 Out of Athens, Greece comes a band consisting of previously experienced musicians. They work as a sextet, and called themselves – The Road Miles. In the October of previous 2017 , they have released actual full-length, with 7 tracks in, entitled “Ballads For The Wasteland”.

For Greek fellows and one lady , we can say that they have offered pretty unique sound and musical variants too. Its musical vision is combination of few different idioms, as a rock variants, goth tendencies and psychedelic blues elements as well. Their songs are mostly done in slower downtempo, with strong narrative vocalization. Mentioned psychedelic vibrations are vivid, strong and knows to remind on 70’s pastiche.
“Ballads For The Wasteland” also need repeatable listener attention, and presented songs isn’t acceptable for every ear. But, its music is also vibrant, with many hidden treasures and interesting places too.