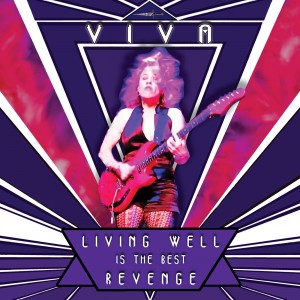 Singer/songwriter Viva DeConcini has been around during the previous years, and her pure rock and roll playing everywhere from Bonnaro to Monterey Jazz Fest with various artists.

She is also one of the few females to have been featured in “Guitar Player Magazine”.
Her actual album with 10 track in, “Living Well Is The Best Revenge”, deliver different rock styles, with precise and smooth melodicity and distant playing as well.

Recommendable for the followers of 70’s approach, as same as for the listeners of newer rock/melodic rock  tendencies.