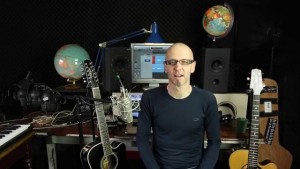 Floatstone is Brick de Bois’ musical alter ego. In 2012 Floatstone released his debut CD ‘Meet Floatstone’. The single ‘Lucky Star’, for which Brick single-handedly drew the animated video clip, ran for months on national radio. The album received great reviews from a range of European media. In December 2015 Floatstone will be releasing his new album, ’Skipping Over Damaged Area’. Once again, a one man-project, written, played, produced and published by Brick de Bois. This time some tracks will carry remarkable guest appearances, recorded at Oak Street Recording in New Orleans by multi-instrumentalist Tom Marron and percussionist Michael Skinkus.

Next to his new original songs the album will also feature Ani DiFranco’s ‘Hearse’ and a truly surprising ‘Big Yellow Taxi’, Joni Mitchell’s iconic song for which he even got permission to rewrite some lyrics. Synching with his ecologist life style and philosophy, the CD is a true sustainable product, pressed on recycled plastic, packaged in 100% recycled paper and distributed world-wide online. 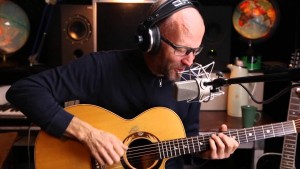 Several video clips will accompany the album’s release. These are being produced by Floatstone in co-creation with his partner in art, Cy Leong. The release of ‘Skipping Over Damaged Area’ will be celebrated by a live concert, at Antwerp’s renowned Arts Center De Singel on December 19th 2015. Live Floatstone plays 6 as well as 12 string guitar, uses many different tunings and captivates with an emotional performance of funky, ballady, rootsy, jazzy, but all highly original songs. His finger style is eclectic, often percussive, and his lyrics are oozing passion, commitment, poetry and authenticity.

Floatstone live is honesty in motion. Floatstone defies definition, and as his style keeps evolving, his audiences have been comparing him to an ever widening range of names, like Joni Mitchell, Luka Bloom, Tom Waits, Elvis Costello, Ry Cooder, Michael Hedges, Neil Young, John Martyn, John Hiatt, Chris Whitley and, yes, Elvis. And many more, actually.

Floatstone has been playing frequent solo concerts in Belgium and the Netherlands. In May 2014 he was invited to tour in Estonia. Highlight of this tour was being billed as the Headliner at Mailaul Singer Songwriter Festival 2014. After 2 previous tours in 2012 and 2013 Floatstone toured for the 3rd time in the US in June of 2015. Travelling for a month from New York to New Orleans and back, he played concerts with colleagues Jimmy Robinson (New Orleans) and Lily Kiara (Amsterdam) in New York, Alabama, Mississippi, New Orleans, Chicago and many more places. In september 2015 they toured in Belgium, Holland and Germany. He has been a welcome guest on several radio and TV stations in Europe and the US. 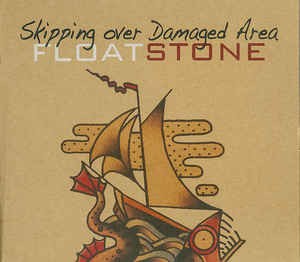