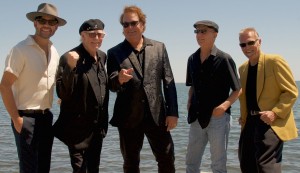 The Backtrack Blues Band is one of Florida’s longest running and most accomplished blues bands. Founded in 1980, the group has performed continuously for over 30 years. Backtrack’s high energy Chicago-style blues with exceptional guitar, harp, and vocals, has made the band a constant on the Florida blues concert, club, and festival scene for over three decades.

The group has established a strong reputation for creative songwriting and has released five CDs and a DVD of original music, all of which charted on the U.S. blues radio charts. The band released its newest CD, “Way Back Home,” in 2016, and it represents Backtrack’s best recording to date. The record is receiving international radio play and has positioned the band to gain a much wider following. In the words of Art Tipaldi, Editor of Blues Music Magazine, “On its fifth CD, ‘Way Back Home’, the first class band has recorded one of its strongest traditional blues recordings to date and is now poised to carry its musical message to a larger audience.” 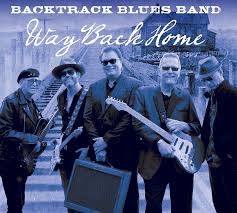 The quintet consists of Sonny Charles on harmonica and vocals, Kid Royal on lead guitar and vocals, Little Johnny Walter on rhythm guitar and vocals, Stick Davis on bass, and Joe Bencomo on drums. Backtrack has appeared as an opening act in concert with many legendary blues artists including B.B. King, Stevie Ray Vaughan, Buddy Guy, Gregg Allman, Robert Cray, Johnny Winter, Kenny Wayne Shepherd, and others. The group has also been recognized by the Tampa Bay community as a leader in the blues music arena by garnering three Tampa Bay Music Awards as the area’s “Best Blues Band.”

The band members are serious students of blues music and bring a lot of authenticity and talent to the group. Sonny Charles and Little Johnny formed the band in 1980 and have played together for over 35 years. Sonny is an accomplished blues harmonica player, whose tone and style are reminiscent of Little Walter and Paul Butterfield. Kid Royal has appeared at many major blues festivals throughout Canada and America, and his style is influenced by the great Texas guitar players. He is widely respected as one of the very top guitarists in Florida. 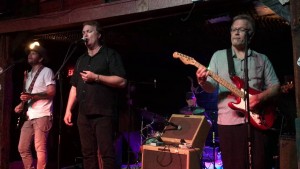 Joe Bencomo is an exceptional drummer, who has played in the best blues and jazz bands in Tampa Bay for over 40 years. Little Johnny adds solid rhythm guitar and backup vocals to the band. Stick Davis is a gifted bass player, and he was a founding member of the Amazing Rhythm Aces and has traveled the world, touring with BB King, John Mayall, Al Green, Jesse Winchester, Pure Prairie League, and others.

Together, these guys comprise one of Florida’s best and most accomplished blues bands, and their live show is an original and exciting display of electric blues at its very best! The band’s leader has significant experience in producing top quality blues music shows, having founded and managed the award-winning Tampa Bay Blues Festival for over 20 years.