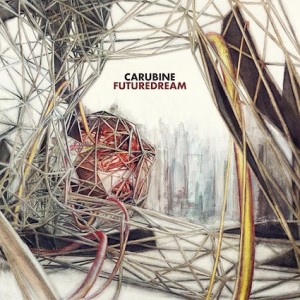 Out of Stockholm, Sweden comes power trio named Carubine. They are relatively  newer act, but with clear vision about its sound, style and music.

“Futuredream” is their album, released for “Dead End Exit Records”, with 7 tracks in, done in interesting mood of 70’s hard rock and 90’s grunge references as well. Also some progressive including, as well as fusion presented details, can be heard, and this is their key weapon too. Hypnotic and repeatable rhythms, as same as similar method of vocalization, with part-time psychedelic added traces characterize a complete band’s material in general.

Their songs are maybe too retro in some aspects and reminds on 90’s period, but their presentation and performing skills guarantee enjoyable listening, of course if you are a fan of mentioned genre’s tendencies.