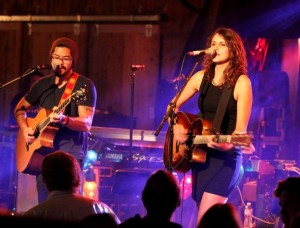 Canadian-born songwriter Sherri Anne is the creative force behind Sister Speak’s moving live show and unique musical pallet. Their startling debut, Rise Up For Love, afforded the momentum to tour North America, securing sponsors​hip from esteemed instrument manufacturers like Taylor and D’addario as well as ​opening slots for Xavier Rudd, Chris Isaak, reggae sensation Mike Love and Air Supply among others. Sister Speak is currently based in southern California, but are always on the move with over 150 concerts a year throughout North America, merging into various combinations of musicians​.

It was during Sister Speak’s 3rd time being called upon to open for Air Supply that Sherri Anne met Avli Avliav who was playing keys for the main event​. Sherri Anne and Avli formed an immediate connection and plans were made to record at his world class studio in Los Angeles. Together, they channeled Sherri-Anne’s emotionally-centered, timeless song-writing into a more polished, modern sound without losing the raw edge that connected deeply with a diverse crowd of fans from around the globe. 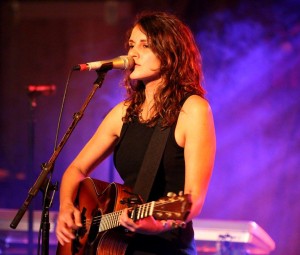 The resulting EP, which is yet to be titled, is being launched with a music video for the single “The Stand”. The track was written on a rooftop in Mexico in the wake of a tropical storm during Sister Speak’s first international tour. “The song is filled with an insurmountable flood of emotion about what had happened to so many of the earth’s most gorgeous places” she asserts. “Mostly a result of imperialism and aggressive religious pursuits.”

For the video Sherri-Anne traveled to South America with a film crew for two weeks, capturing footage at some of the earth’s most sacred sites. It was a daunting, bold and spiritual journey that reflected the pure conviction of the song. A call to be courageous and vulnerable in this highly complex socio-political atmosphere.

Sister Speak has played notable venues such as headlining at The Belly Up and Casbah in San Diego, Humphrey’s on the Bay opening for Chris Isaak and Air Supply, The Coach House supporting Xavier Rudd, House of Blues San Diego, The Namm Show, Hard Rock Cafe Chicago, Mayne Stage Chicago, Railway Club Vancouver, Juno-Fest and Canadian Music Week showcases in Toronto, Sunpeak’s summer concert series with the Arkell’s and Alan Doyle, Komasket Music Festival with the Wailers, and various events throughout the USA and Canada, and Mexico. 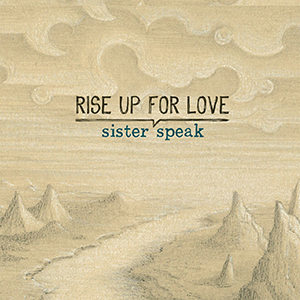