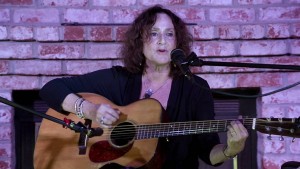 An award winning artist, for her singing, songwriting and instrumental work, Eileen Kozloff is a multi-instrumentalist who has been actively involved in the autoharp world for nearly a quarter of a century. She is best known for her unique pick-less style of diatonic autoharp and for her soaring vocals, stunning harmonies and commanding performances. Her ability to compose, play and sing in a wide range of genres has made her a versatile festival performer and workshop teacher.

In addition to performing at festivals, concerts and dance venues, Eileen has appeared live on numerous radio and television broadcasts, and for several years she was a rostered artist with the Pennsylvania Council of the Arts Artist In Residence program. In the winter of 2012, Eileen performed and taught workshops at 2 Australian Folk Festivals, Cygnet, in Tasmania, and Illawara, in Wollongong. A return tour of Australia is now planned for 2017. 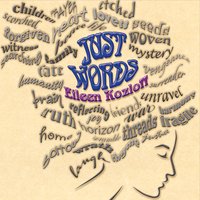 Her extensive repertoire is a rich mix of old time chestnuts, Carter Family songs and her original compositions, which stylistically run the gamut from country, blues and folk, to jazz and even rock’n’roll. The Old Time Herald calls her approach “emotive, clear and controlled, reminiscent of the best of the revivialists, such as Joan Baez or Anne Hills”, and her performances “heartfelt, with ravishing, wide ranging vocals”. 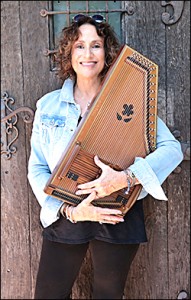