Janet picked up the guitar at just 8 years old. Her guitar style took shape early on and is a direct result of her Virginia roots along with what was playing on the airwaves. Writing and performing has become her career and life–long passion. From Bluegrass flat-picking to electric Rock and Blues, Janet is a fully accomplished guitarist and her signature acoustic sound is due in large part to her love for open tunings of which she is a master.

Widely known as a musician’s musician, Janet delights audiences with her commanding performances. She is always willing to perform with other musicians and is eager to collaborate and help fellow artists by guesting on recordings or sharing the stage. If there’s good music to make, you’ll find Janet there.

When not making music, Janet can be found in the kitchen. Her second passion is cooking. Recipe or not, as long as there’s fresh (hopefully local) ingredients and fresh clipped herbs, you can bet a masterpiece is in the making to be shared with good friends and of course good wine. 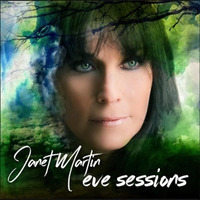 Hailing from Richmond, Virginia, Janet Martin has been dividing her live performances between the U.S. and Europe since 2004. Janet is a multi-published writer with over 30 original songs copy-written and administered through BMI and GEMA in Germany and Europe. She has recorded and released 8 CD’s to date with critical acclaim. Her 2010 release “Passage” was a huge success in Europe receiving airplay in more than 12 different countries. Janet has earned high praise from the European musical press with overwhelmingly positive reviews and an ever-expanding base of European fans who keep up with her through social media when she’s stateside.

Currently, Janet is preparing to release her very first solo, self produced and recorded CD in summer 2016, “Eve Sessions”, a personal and emotional odyssey. The “Eve Sessions” are songs written without genre boundaries or guidelines-straight from the source and soul baring with Janet playing all of the instrumentation.

A live Janet Martin performance – whether it is solo, trio, or full band, is not to be missed! Her energy and connection to the audience is truly unique. Janet’s hypnotic acoustic and lead guitar work, blazing slide guitar and stellar vocals delight loyal fans and create new followers instantly. 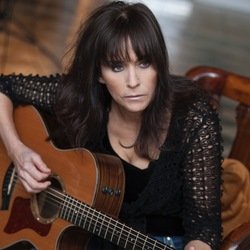 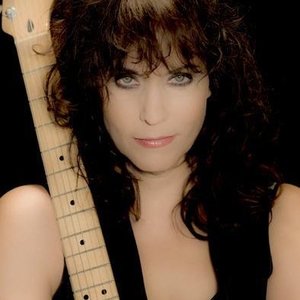