Genre:
Classic Rock in a Quo-Stylie! 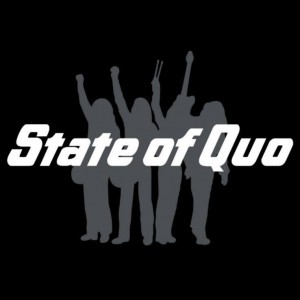 Biography:
State of Quo – one of the longest-established and most popular UK Quo cover bands -originally formed by Rhythm Guitarist Paul Carr in the mid-90s.

SOQ’s typical setlists represent the classic ’70s albums that established Status Quo as one of the most popular Rock bands in the world – as well as material from more recent albums such as ‘Heavy Traffic’ or ‘Quid pro Quo’ – all played as faithfully as possible to Quo’s original recordings and live performances.