“Combing through the lyrics of this album, the 2 words that stuck out were ‘heart’ and ‘compass'”, states Pete Sinjin. “I realized that, for me, they’re one in the sam 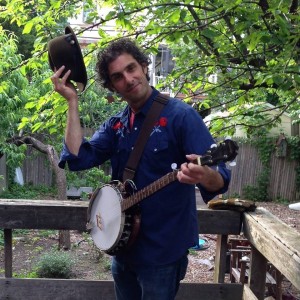 e. My heart is my compass. I’ve been led around by my heart always, and it’s taken me all over. It’s delivered me to where I am now, which is a pretty nice place to be”.

”The Heart & The Compass”, Pete Sinjin’s 4th album of original compositions, lives up to its title. Such lyrically vivid, melodically arresting originals as ‘That’s My Heart’, ‘Dirty Windshield’, and ‘The Night That I Saw God’, resonate with insight and warmth, with spacious, organic grooves and melodic hooks that are every bit as expressive as his lyrics.

With hard-won experience and a novelist’s precision, Sinjin paints rich, evocative portraits of fleeting moments, stolen glances and lives in transition, and drives his stories home with indelible melodies that reflect his affinity for such seminal troubadours as Rodney Crowell, John Prine and Townes Van Zandt, as well as his abiding love for such punk-era greats as the Jam, Minutemen and Husker Du.

“This group of songs felt like they were bound together in some way, they all seemed to know each other”, Sinjin says of ”The Heart & The Compass”. “I eventually figured out that they all were love songs in one way or another. Love in all its various incarnations, tender, lost, found, nostalgic, passionate, defiant, foolish, hopeless, awe inducing, life changing. It wasn’t conscious, but they all fit together and that overriding theme emerged”.

To record ”The Heart & The Compass”, Sinjin called upon a talented group of like minded New York based compatriots. “This record is definitely the beneficiary of the do’s and don’ts of my previous recording experiences”, he explains, adding, “I had the sound of this record in my head, and I knew who to reach out to achieve it”. 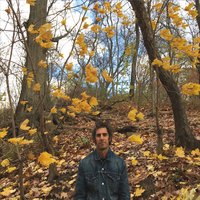 “Making this record was a total pleasure”, Pete reports. “In the tradition of what I believe to be the best albums, I wanted to work fast and capture the essence and spontaneity of the songs, and avoid any pitfalls of procrastination or overthinking the objective. These guys were all so good, and the chemistry was so right, that after 2 rehearsals, I knew we were ready to just get into the studio and put it to tape. We had all the tracking done in two days”.

Pete Sinjin’s passion for music stretches back to his early days growing up in Pennsylvania, when he inherited a relative’s box of vintage 45’s. That treasure trove introduced him to classics by the likes of the Beatles, Bob Dylan and Otis Redding, alerting his impressionable ears to a wide world of new creative possibilities. His was equally inspired by punk rock’s D.I.Y. sensibility, he played in a series of loud, primitive combos during a stint in San Francisco, before evolving towards a more intimate songwriting approach that yielded substantial creative rewards on his acclaimed self released debut album, ”Better Angels Radio”.

“Punk rock was an eye opener education in art, passion and selfreliance that arrived at the very right time for me”, he asserts. “I found it enormously inspiring seeing that bands took charge of what they created and how it was presented. I loved the freedom of it, and I loved being involved with the nuts and bolts of making art around it. I still design all the cover art for my records, I see it as all being central to the statement that’s being made”. 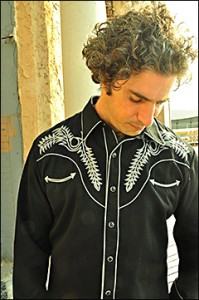 Sinjin’s freewheeling creative sensibility extended to a pair of innovative family oriented albums, ”Hoots, Hollers & Rooftop Serenades” and ”House Of Song”, on which he mined a deep well of folk tradition to create music with multi generational appeal.

The ever resourceful artist remains possessed by the spirit of punk rock, and he still applies it to the music he makes today. “I don’t really see what I do now as being much different as I did then”, he states. “Musically, quieting things down some never seemed too radical an idea to me. I grew up listening to Bob Dylan and Woody Guthrie, and those guys seemed pretty punk rock to me. That spirit all has the same bloodline, as far as I’m concerned”.

“For me, it’s always just been about telling stories”, he concludes. “I admire the ability to tell a complete tale by carefully placing each word in its proper place and phrasing, and that’s what I aspire to do. I was terrified the first time I ventured out and played solo. Once I got out there, though, I knew that that’s where I want to be”.