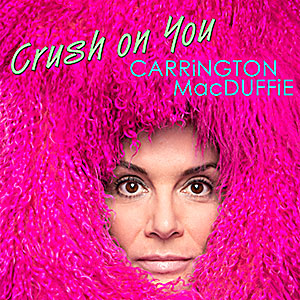 Carrington MacDuffie is not your typical Americana singer songwriter, she is an Award winning voice actor, a spoken word performer and a widely published poet. Her music embodies a passion for language and sound, shaped by her carefree spirit and the richness of her alto voice. While comparisons have been made to americana folk singer songwriters, such as Neko Case, Patty Griffin, and Lucinda Williams, and her live performances have been described as ‘alt cabaret’ and compared to Nina Hagen and Laurie Anderson, perhaps Middle Tennessee Music best grasped MacDuffie’s lighthearted warmth and infectious charm when they described her as a ‘female Jimmy Buffet’.

Her latest release “Crush On You”, is a collection of 5 original songs about the independent spirit of love crossed with longing, which MacDuffie herself refers to as ‘electronic folk’. There is a playfulness and sensitivity to her work, and her tunes are both catchy and deep. MacDuffie has merged her americana folk singer songwriter sound with an 80’s rock twist for an eclectic, retro sound. The tracks range from the powerful title track to the meditative “I Call You”, with its steadily rolling drums, to the sweet melody of the ballad “Precious Kisses”, the dynamic lullaby “Sweet Pea”, and is rounded out by an anthemic ode to the musician’s instrument, “My Little Guitar”. Her vocal clarity and expressive range, her creative use of lyrics, and her signature use of background vocals ensure her unique voice will be heard in not only the americana singer songwriter scene, but in other genres as well. 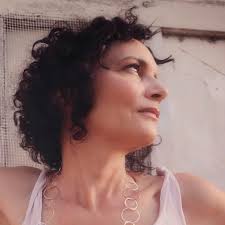 “Crush On You” was produced by Rob Halverson, who has produced and performed with an impressive roster of legendary performers. His own Halversonics Recording has played host to a bevy of award winning artists. Halverson plays synthesizers, bass, piano, vibes, percussion, and guitar on “Crush On You”. In working with MacDuffie, Rob shares, “Carrington writes thoughtful, smart, fun and eccentric songs reflecting her views of the journeys we are all on. Her craft as a master-of-voice not only informs, but enhances what she is able to pull off while creating in the recording studio. It is a delight to hear her ideas come to life”.

Rob was joined by renowned drummer and percussionist Dony Wynn, who is widely appreciated for his work with Robert Palmer, Dr John, Patti LaBelle, Brooks and Dunn and Robert Plant. “Dony is a great listener who listens very sensitively and appreciatively to every aspect of the songs, not just the rhythmic feel that was called for, but the overall intention, the lyrical content, and the melodic structure. He was tracking my emotional vibe very closely, while bringing choices I wouldn’t have imagined made from a deep background in polyrhythms gained primarily when he was working with Robert Palmer”, MacDuffie mentions.