Cina Samuelson (Cina pronounces as Keena) is a Swedish country music artist and songwriter with a passion for music that began just as she started taking her first steps.

As a seven-year-old she started singing for an audience, with her own accompaniment on a zither and at the age of ten she was chosen as a soloist in the local choir.

Around the age of seven, she was also introduced to the amazing world of country music by a relative and at that point she decided that country was exactly what she wanted to sing when “she got older”.

In her early teens she was ready to embrace her dream and she started singing country at talent shows and did smaller concerts together with different musicians.

Some years later she started the band Freetown Highway together with her brother Berra Karlsson – today one of the most hired pedal steel guitarists in Sweden – and with a couple of friends.

The band Freetown Highway met great successes. Among other things they won Swedish Country Music Masters in 1988, released several records, collaborated with the “rockabilly queen” Wanda Jackson, participated in TV and tours. In 1989 Cina participated in the event Distant Accords Award in Nashville, TN, where she performed together with Charlie McCoy Band and was awarded the FIDOF statuette. After around 10 years together, in 1995, the members of Freetown Highway decided to go separate ways. 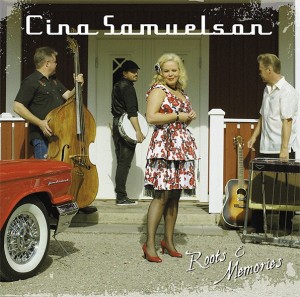 fter the “FH period” she sang with different bands for some years and one special occasion she was part of was the Christmas Concert at the Castle of Koberg, home of the Swedish princess Desirée.

In the summer of 2000 she started a career as a solo artist. During these years she has toured around Scandinavia, released four albums, recorded and have had gigs in Sweden with the SUN legend Rayburn Anthony and toured across Texas with the songwriter and singer Teri Joyce. In 2014 Cina participated in the Loretta Lynn Tribute Concert in Austin, TX together with Teri Joyce, Amber Digby, Marti Brom and Dale Watson.

In 2004 she released her first solo album From Country To Country and in 2007 her album Laugh, Love & Live came out, which both have met praise from critics both in Sweden and around the world. 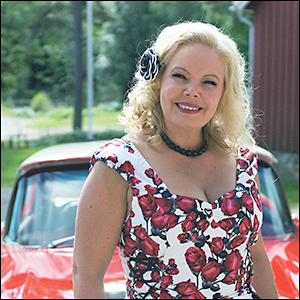 n 2008 Cina’s music was used in a completely new setting, when three of her songs were chosen for the Swedish movie PATRIK 1,5.

In december 2012 she released The Fast Road Home with the Texas artist Bobby Flores and Rayburn Anthony as her duet partners. Also this album was met with great reviews and was given the award Best Nordic Album of 2013 by the country magazine Kountry Korral (March2014).

In the end of 2013, the Canadian record label Hillcrest Music released Cina’s song OK, I’m In Love. In February 2014, the song was positioned as #2 on the ECMC’s Top 100 list of the most played songs and stayed on second place for several weeks.

In March 2014 Cina recorded the song This Country Girl for the compilation CD Home Is Where The Heart Is, released by Paraply Records. The music magazine R2 Rock’N’Reel, UK heard and liked the song and released it too later that year. 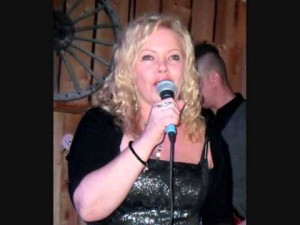 In August 2014, the retro album Roots & Memories had it’s release, where Cina honors the musicians and singers that she listened to as a child and that inspired her to begin her course into the world of country. Three duets are on this album and they are together with the famous Texas country music artists Bobby Flores, Justin Trevino and Dale Watson.

The album received a 5 of 5 star rating by the magazine Country Music People, UK and was awarded Best Nordic Album of 2014 as well as Best Nordic Artist of 2014 by Kountry Korral (March 2015).

2016, a new year with new songs and musical adventures. To be continued…