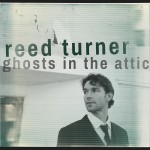 Biography:
Reed Turner’s wandering spirit has led him to live and travel all over the country, but it wasn’t until he returned home to Austin, TX that he found his true voice; one that is simple yet evocative, intimate but universal, and ultimately true.

People are taking notice – CMA’s official magazine named him one of their Top 20 “Who New to Watch in 2013”, and he followed that up by winning the prestigious Telluride Bluegrass Festival’s Troubadour Competition. 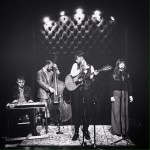 On his newest album GHOSTS IN THE ATTIC, Turner lends his voice to songs that run the stylistic gamut, while staying grounded in the Americana roots he’s become known for. The “gorgeous new album” has received much critical acclaim, with one reviewer writing that Turner has “Americana poetry one might expect from the lyrics of The Avett Brothers, and an entrancing intimacy reminiscent of Jeff Buckley.”

Fans are noticing too. He’s been selling out such legendary Texas venues as Cactus Café and Stubb’s BBQ, and the buzz has led to a year of sharing stages with national touring acts such as Gary Clark Jr., Will Hoge, Joe Pug, and Jessica Lea Mayfield.

Whether he’s carrying on the wandering troubadour tradition or inhabiting the familiar stages of his hometown, Turner is, indeed, a storyteller. And it’s definitely time to let these GHOST stories loose.