Les Fleur De Lys long and complicated story starts off in Southampton, England. It was there were Fleur De Lys started out as a beat combo with the original line up of Frank Smith (guitar/vocals), Alex Chamberlain (Organ), Gary Churchill (Bass) and Keith Guster (Drums). Already an established local act, the band were signed to Immediate in 1965 after catching one of their live shows in a London gig. This line up then recording the only single they would, a beat version of Buddy Holly’s Moondreams backed with Wait For Me with a young Jimmy Page in the producer’s chair.

The single, however, did not do too much on the charts and this lineup disbanded leaving only drummer Keith Guster to continue on. He would, incidentally, be the only member to survive all the personnel changes. Teaming up with some musicians he met in London, Les Fleur De Lys went back into the studio to record what is probably their best track, Circles. With Jimmy Page producing again, this second single knocks the socks off the original version recorded by The Who. 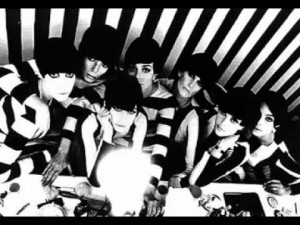 New members Gordon Haskell (bass), Pete Sears (keyboards) and Phil Sawyer (guitar) rock out on this single but as it achieved recognition only with the pirate stations, the single flopped. The band then decided they needed a front man/lead vocalist and found Chris Andrews, who had been a child actor and worked in the 1964 production of Oliver in London. With the lineup augmented, Polydor took interest in the group and signed them in the summer of 1966. Unfortunately, the unreliable Pete Sears was fired and guitarist Phil Sawyer left right after and Fleur De Lys was down to a three-piece. They did the Mud In Your Eye single with new guitarist Bryan Haworth. It was around this time when the band met producer/manager Frank Fenter and this association led to working with a young girl singer Sharon Tandy. With Tandy, the band went off to tour Holland (with Aretha Franklin), the band also backed Issac Hayes and recorded an album with Barney Kessel. By Spring 1967, Fleur De Lys joined the ever growing psychedelic bandwagon and did a single with friend and guitarist Rod Lynton under the name Rupert’s People. Chris Andrews went on with the band, releasing the Procol Harum influenced Reflections Of Charles Brown on Columbia, which was a hit all over Europe but soon after, Rupert’s People disbanded. The intrepid Fleur De Lys became a three-piece once again when losing singer Andrews. The went into to studio to back Sharon Tandy with a remake of Rupert’s Peoples’ Hold On and a new composition, Daughter Of The Sun.

It wasn’t until September 1967 that a new Fleur De Lys single appeared. With Bryn Haworth on vocals, I Can See The 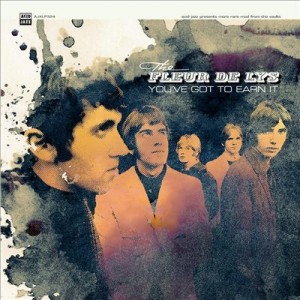 Light/Prodigal Son was released and around the same time, a single under the name Shyster appeared called Tick Tock. In October 1967, the band did a Top Gear show with Sharon Tandy and teamed up with the Vanilla Fudge, recording material that has yet to surface. Another single immediately followed this time, Gordon Haskell’s take on a nonsense poem by Edward Lear, Gong With A Luminous Nose in 1968. The band also started recording an album for Polydor, but those tapes (containing several cover versions from Ray Charles to The Young Rascals) have seem to disappeared into the bottomless filing cabinets at Polygram. 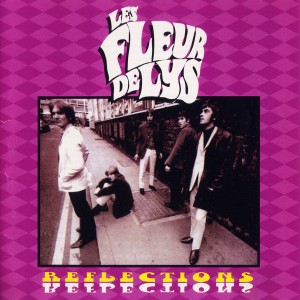 The three-piece continued to provide backing for several artists, most notably backing Donnie Elbert and John Bromley for their albums. Also a single under the name Waygood Ellis appeared which also featured the Lys. Gordon Haskell left at this time and two new members joined, singer Tony Head and bassist Tago Byers. A new single with the new lineup appeared in June 1968 and was a complete commercial/STAX groove track called Stop Crossing The Bridge backed by a mediocre pop song, Brick By Brick. Fortunately, the saved something better for their next single. Liar shows what the band was really all about with it’s psychedelic guitar and layered chorus. The B side was another superb slice of rock, One City Girl has a pounding bass line and some tight drums and nice wah guitar. Previous to this last single, the band released a single under the guise of Chocolate Frog! However the band didn’t get to the seventies, and disbanded after yet another personnel shift- Bryan Haworth who left to the US West Coast, replaced by Graham Maitland. This lineup didn’t get as far as recording any more singles and called it a day…or a decade!