LEGEND OF A BAND (UK) 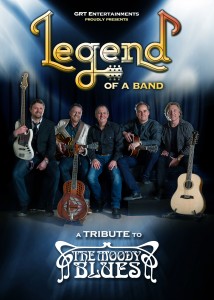 So here it is! The first blog for the new band Legend of a Band – a Tribute to The Moody Blues. Here begins the next chapter of a musical career that has seen quite a few ups and downs (let me tell you!) The last twenty-five years of course being mostly taken up with playing in the actual Moody Blues as what’s known as an ‘additional musician’ or ‘backing musician’ as we’re known in the trade.

The idea for this project came from me sitting at home twiddling my thumbs in-between tours. I would be thinking about various concerts I’d just played, often in the U.S. or the U.K. or sometimes in Australia or Europe and wishing the tour hadn’t stopped. I simply had to come up with a cunning plan to carry on playing this exceptional music. Originally I put together another band with my long time touring buddy Paul, called The Reflections, which was – and still is – a super group of players from various top British rock and pop bands, and we created a set list from all the bands represented in The Reflections. Good idea. Hard to sell. 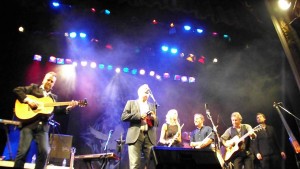 A group dedicated to covering the music of just a single band has become quite a phenomenon in recent years and we now call them collectively – Tribute Bands. Brilliant idea! Especially if your favourite band doesn’t come to your home town as much as you would like. However, although this is thought to be a relatively new concept, tribute bands have been around for hundreds of years. When you consider the likes of the Royal Philharmonic Orchestra – or any orchestra for that matter, playing Beethoven, or Tchaikovsky. They are, well… tribute bands.

This is how I wanted to think of our offering of the music of The Moody Blues. We’re not dressing up in wigs and platforms and assuming rock star personas (I only do that in my bedroom with close friends) more, we are simply looking to recreate and pay tribute to the music 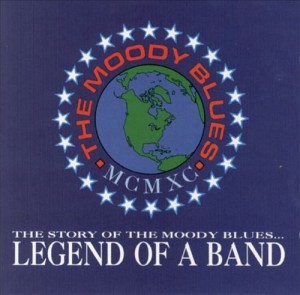 To that end, the group of musicians that have come together for the Legend of a Band project, are special indeed. I won’t go into too much detail here, just take a look at the individual profile pages and you will see what I mean. We will of course, be digging deep into the prodigious catalogue of Moody Blues classics, to put on what we think is going to be an amazing show.

As well as looking forward to performing the likes of Go Now from the original Moody Blues lineup featuring Denny Laine, we’ll be playing other timeless hits like the unforgettable Nights in White Satin, as well as such classics as House of Four Doors and Legend of a Mind, plus many more.

I’m typing all this with enthusiasm in my fingers as I’ve been working with these guys for a long time (twenty years with Paul Bliss of course in The Moody Blues) and the chemistry of all on stage is simply amazing.