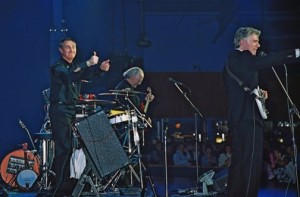 Biography:
Since the mid sixties when The Ivy League first had their taste of pop chart success the band has gone from strength to strength. The line up features
Jon Brennan(Bass guitar, Vocals); Dave Buckley (Drums, Vocals) and Mike Brice (Guitar, Vocals).

Perry Ford was the only original member to keep the band together through the late 60’s, which is when Dave joined to add his unique falsetto voice and keep the sound alive and original. Dave and Jon kept The Ivy League going through the 70’s and beyond (With Perry’s blessing) at a time when most 60’s bands had faded away. They built the show in to one of the best cabaret acts in the country, starring at all the top venues of the time ~ The Night Out, Birmingham ~ Talk of the Town, London ~ Batley Variety Club ~ Wakefield variety Club ~ The Bailey Circuit ~. Winning many awards such as – Club Mirror “Comedy Vocal Group” of the year -. This is not a tribute, but a genuine continuation over the last 40 years without break.

Mike, having worked with The Ivy League on several occasions through the 60’s and 70’s, joined on a permanent basis in 1990.

The Ivy League’s unique falsetto vocal sound, blended with superb harmonies reproduce the hits: “Tossing and Turning”,” Funny How Love Can Be”, and “That’s Why I’m Crying”.

Added to their repertoire are some old and new favourites; all of which are brought together with some hysterical zany comedy routines.

The hits include:
Tossing and Turning
Funny How Love Can Be
That’s Why I’m Crying 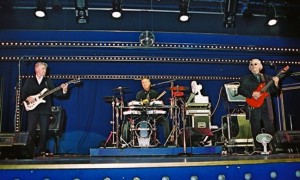 Jon, Dave and Mike each having over 40 years experience in show business, ensure you can always be guaranteed a high quality professional show. They are constantly updating their act making them popular with both young and old alike; because of this they are asked to return to venues time and time again making them the most worked Comedy band in the United Kingdom.

MADE IN SWEDEN BETTY WRIGHT