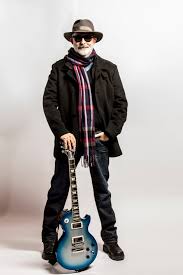 Famed songwriter Jack Tempchin is known for penning some of the most durable tunes in American music for a variety of artists that includes the Eagles, George Jones, Glenn Frey, Randy Meisner, Glen Campbell, Emmylou Harris, Trisha Yearwood and many others. He’s also co-written with a who’s who of American roots, rock and r’n’b composers that embraces Tom Waits, JD Souther, Bobby Whitlock, Jim Lauderdale and Beth Nielsen Chapman. Now Tempchin steps into the spotlight with two new solo releases, the EP ”Room To Run” that’s just been released, and the 11-song album ”Learning To Dance” out on August 21st, 2015, from Blue Élan Records.

Both discs span Tempchin’s breadth as a writer and performer, showcasing his flexible tenor voice, warm and intimate on the ballad “Living This Love”, soaring with unbridled joy on “Learning To Dance” and gracefully reflective in “Room To Run”, plus his powerful arranging skills and musicianship, which are strengthened by more than four decades of experience. 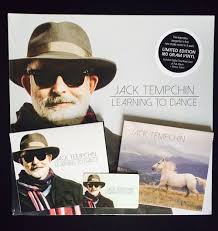 Despite his storied musical history, Tempchin says, “I’m looking at myself as a new artist. These are all new songs and I’d like to be accepted based on them. I don’t believe in living in the past. I have millions of songs rushing through my head today, and a real passion for recording them and playing them live”.

Tempchin’s also interested in sharing that passion with other songwriters and is simultaneously unveiling his new songwriter video series called Go Write One. “In these videos I talk about the spiritual and magical aspects of songwriting, not the techniques, because I’m trying to get people excited to ‘go write one’”, he explains. “For me, even after writing thousands of songs, that excitement has never gone away”.

In fact, it crackles throughout ”Learning To Dance” and ”Room To Run”. Both discs were produced by Joel Piper, whose experience as a musician and engineer extends from pop to punk to metal to electronic dance music. But Piper’s work as a video director initially brought him together with Tempchin, to collaborate on Go Write One. After Tempchin signed with Blue Élan, Piper expressed interest in producing his music, as well. Their combined perspectives give Tempchin’s new collections of songs a distinctive sound that balances the virtues of timeless narrative storytelling with the benefits of contemporary recording technology. Both men played all the instruments on the two sets’ 15 songs except for Jerry Peterson’s sinuous, soaring saxophone on “Learning To Dance”, which Piper transferred from an earlier demo recording of the song.

The numbers on ”Learning To Dance” all share the themes of love and romance, and weave a lush spell with their blend of electric and acoustic instruments wrapped around a spine of Tempchin’s guitar and Piper’s piano. From the giddy limerence of the title track to the heartbreak of “Love’s First Lesson”, to the warmly wistful “You Can Go Home” to the gentle conclusion, “Finally Found Me”, ”Learning To Dance” speaks volumes about the experiences of the heart.

The ”Room To Run” EP was sparked by the acerbically funny “The High Cost of Hate”, with features the refrain, “Since I’m a cheating bastard, and you’re a selfish bitch, let’s call it quits, and make some lawyers rich”.

“The first time I played the song, completely by coincidence, it was at a lawyer’s convention at a dinner for 150 of the countries top divorce lawyers”, Tempchin recounts. “They thought it was hilarious”. 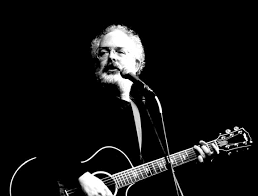 So did Blue Élan CEO Kirk Pasich, who is also an attorney. He asked Tempchin to release “The High Cost of Hate” asap. The ever-prolific Tempchin framed it with three more tracks, the title cut, a warmhearted tale of a father’s love, the touching “Jesus and Mohammed”, about the world’s raging religious divide, and the slacker anthem “Summertime Bum”.

As a harmonica playing teenager growing up in Southern California, Tempchin wrote his first songs at the beach. He and a guitarist friend would create lyrics as they jammed. Under the spell of folk music and blues, Tempchin took up guitar and began writing songs in earnest. Soon he graduated from the audience at coffeehouses to the stage and became part of the scene at West Hollywood’s famed songwriters’ Mecca, the Troubadour.

Tempchin was soon one of the regulars at the Troubadour alongside Glenn Frey, Tom Waits, Randy Newman, JD Souther, Hoyt Axton and other emerging star songwriters of the early 70’S. He also became friends with many of the already established young musicians who were living in Los Angeles’s counterculture haven Laurel Canyon and frequented the Troubadour, including the Byrds, Joni Mitchell and the Flying Burrito Bros. Together these writers and performers would define a roots music inspired style that became known as the Laurel Canyon sound or California rock.

New bands were formed and record deals signed almost weekly in that creative melting pot, and when the Eagles released their debut album in 1972, it included Tempchin’s “Peaceful Easy Feeling”. The song reached number 22 on Billboard’s Top 40 Singles chart and earned its writer a place in rock history. “Peaceful Easy Feeling” has since become one of the most popular tunes in the band’s historic repertoire, along with Tempchin’s 1974 follow-up “Already Gone”, and even gained cult movie fame when it was used in the notorious taxi scene in the 1998 film ”The Big Lebowski”.

As a member of the Funky Kings, Tempchin was signed to Arista Records by fellow music business legend Clive Davis. The group’s 1976 debut album featured “Slow Dancin’ (Swayin’ To The Music)”, which became a top 10 pop hit for Johnny Rivers and a top 10 country hit for Johnny Duncan a year later. The song’s genre jumping appeal spoke volumes about Tempchin’s writing. To this day his work has a broad appeal and distinctly human touch that allows him to reach all types of listeners.

There’s more further proof of that in his endless string of hits and radio and album classics, from his smash co-writes with Glenn Frey, “Smuggler’s Blues” and “You Belong To The City”, (which have been sampled by rappers Coolio and Jay-Z), to recordings by Emmylou Harris, Tanya Tucker, Tom Rush, Kate Wolf, the Paladins, New Riders Of The Purple Sage, Patty Loveless, Chris Hillman (who co-wrote “You Can Go Home” on ”Learning To Daace”) and many more.

Tempchin has performed his songs in arenas, concert halls and clubs across the world. In 2012 he conducted his solo acoustic “Peaceful Easy Feeling 40th Anniversary Tour”. That adventure also yielded his 7th solo release, the DVD and CD set ”Live At Tales From The Tavern”, which captures a special night at a Santa Ynez, CA, venue called The Maverick Saloon. That disc features artwork by his wife Sheryl, a painter. Sheryl also created the label art on the bottles of Tempchin-inspired Peaceful Easy Feeling cabernet sauvignon and chardonnay sold at Whole Foods and Costcos across Southern California.

”Room To Run” and ”Learning To Dance”, Tempchin’s 9th and 10th releases, respectively, are his 1st solo recordings for a record label since his 1978 eponymous debut on Arista. And his signing inspired an outpouring of songs that has continued since the recording of the 2 news discs. “Knowing I’ll have a home for my songs now is very inspiring”, he attests.

“It’s impossible to overrate the importance of songs”, Tempchin adds. “Songs change people. Songs enlighten and delight. Songs bring lives together. Songs can nourish and build communities in a billion ways. I’m so proud that I’ve made songwriting my life’s work”.