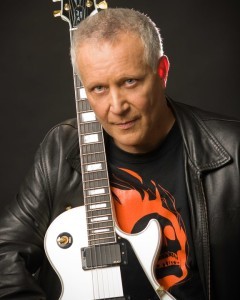 Out of India to “Oz”: The Journey of Rhett May

Rhett May owes his rare musical sound and style to the unique environment that he grew up in.

Born in 1950, in Calcutta, India, he was immediately immersed in a magical, musical melting pot. Carnatic and Hindustani music and instruments such as the Sitar and Tabla were always providing melody and percussion against a daily backdrop of lifting and soaring voices of Ragas. Ragas especially played a vital part of Rhett’s musical experience with their series of five or more musical notes forming melody. However, this environment of classical Indian music wasn’t the only sounds floating about Calcutta in the nineteen-fifties and nineteen sixties.

By the time Rhett had begun boarding school in the Himalayan foothills; western music had also begun an invasion. The cinemas featured musical movies from The Monkees, Cream, or Jimi Hendrix. Elvis and Ricky Nelson’s pop also pulsated through the airwaves. Sixties – Seventies – Success… 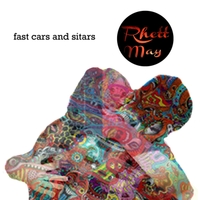 Rhett’s formed his first band, The Wooly Bullys, at the age of 15. Their first taste of fame came in 1966, when they won Battle of the Bands. They became such a hit that they performed many of the venues that were hot at that time, such as Trincas, The Park Hotel and Mocambo’s. The Wooly Bullys evolved into a band called The Flint Stones. 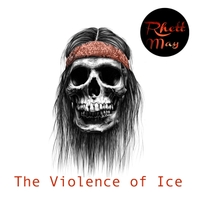 The Flint Stones became India’s most successful pop group, being featured on the cover of many of the music magazines. The Flint Stones recorded a successful single in “Be Mine (Happy by My Side)” with HMV/EMI and even attracted the attention of former Beatle George Harrison and Apple Records. The band was asked to come to the UK, and was double billed with the likes of legendary jazz guitarist Charlie Bird. 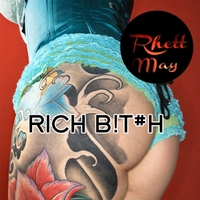 This was a very successful time for Rhett who accompanied his band to play a private concert for the Queen of Bhutan and her family. This was not the end of May’s musical growth, however, only the beginning. The nineteen sixties were blossoming musically with the addictive melodies and varied styles that were precisely what Rhett loved. 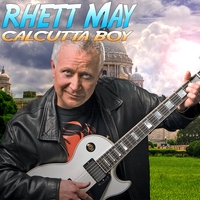 Rhett states, “The sixties got me hooked on bands like The Yardbirds, Steppenwolf, The Beatles, Herman’s Hermits … and the list goes on!” Rhett would carry this heavy influence of the nineteen sixties into his musical future as the underpinning of his musical style. A Saturday Night In “Oz”… Rhett left his native India in 1969, and would start his music career anew in Australia. 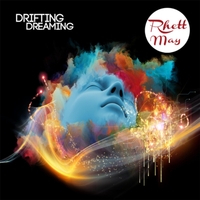 As a solo artist, he would win the Perth Talent Quest whole performing backed by the Troupadours in 1971. However, he wouldn’t remain simply a solo artist; Rhett would recreate the same group success he had in India all over again in Australia. Rhett states, “I got a totally new group of musicians together in ‘Oz’ – we were doing the ‘garage’ thing.” This garage band would develop into a successful band which evolved from the “Shakespeare Sarani” to “Prodigy”, and eventually they changed their name to “Lucifer.”

As the decade of the seventies progressed, they opened for bands like QUEEN and Ray Charles. Rhett’s success was about to be changed forever by the “fever” of Saturday Night Fever. The Disco era came suddenly, and it would force Rhett and his band mates to move out of music. The gigs dwindled almost overnight from 13 a week to perhaps one a month and the dance floors became filled with DJs and Disco lights. Rhett’s musical career was about to be turned upside down. 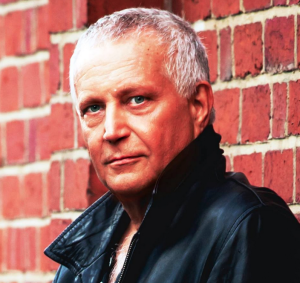 Fast Forward Thirty Years…
Rhett is now a resident of Australia…living by the beach in Black Rock…Melbourne. The passion and creativity has returned with a vengeance. In 2013 Rhett teamed up with Platinum Producers of Musik and Film to create a new EP “Insatiable”.

There’s no doubt Rhett May is back to his best…with ’Cocktails and Cannabis’, ‘Insatiable’, ‘Hey Peter’ and his ‘Beatle’ sounding single ‘Jenny’….setting fire to music charts across the globe….the harbinger of a new era in music that is unique and a breath of fresh air !

NOW….. 2015/2016
Rhett’s new album ‘Fast Cars and Sitars’…will take you to another level of his passion and creativity. His guitar led songs are infused with the sounds of the Indian streets, giving his music a different flavour to the majority of current, cookie-cutter rock music. By blending classic sensibilities with a twist of Indian culture, he has created a string of upcoming singles, the first of which is ‘The Violence of Ice’…followed by ‘Rich Bitch’ …’Drifting Dreaming’….So Delicious’….and due out later this month….the controversial ‘Keep off the Grass’……..WOW !!

As one scribe puts it…”It’s hypnotic…it’s infectious…ROCK/POP songs with an edge that go round and round inside your head….very Haight Ashbury…. Classic Rock at it’s very best !!!”

Current Projects.
From August 2015 to October 2015 Rhett worked on three songs which he will release as an EP AROUND May/June 2016.

As of November 2015 he has been recording 2 x ten songs albums. One with his longtime buddy Jimbo Payne, for an album which they will release in the second half of 2016. The other with producer Domenic Pernasilici (Audio Visual Media) from Melbourne Australia) which doesn’t yet have a release date.