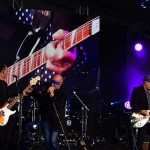 Stipe  have been around since 1996 and was originally called ‘Driver8’ then ‘Stipe’. Formed by Richard Southern, the original line-up gigged mainly in the North of England and Scotland. Over the next few years Richard also fronted Midlands based “Monster” playing many gigs throughout the U.K and Europe. Honing and perfecting Michael Stipe’s very individual stage persona.

In 2002, Richard decided it was time for a new version of the band called ‘Stipe’. 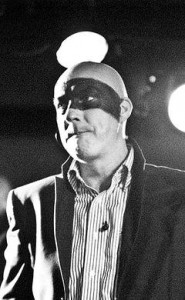 This line-up debuted on January 1st 2003, and over the next few years built up an enviable reputation as an authentic and entertaining tribute, playing all over the UK with regular visits to Ireland and also Europe including Malta, Italy and Sicily. During this time the band’s web site became the most popular on search engines Google and MSN, and the vast majority of venues – from small clubs to huge festivals – have made regular return bookings.

In 2014 the lineup was refreshed bringing back some of the original members, along with new talent, to produce the strongest and most authentic sounding REM Tribute.