THE CELTIC DUO – “The Celtic Duo”

Out of Gothenburg, Sweden comes a duo, simply called – The Celtic Duo. Jonas Liljeström (fiddle, vocals, darbouka) and
Emil Pernblad  (guitar, Irish bouzouki) are two well-experienced musicians, and active during the previous years in national folk circle and area. Both musicians have been playing in groups and collaborated with many folk performers during the past period, and now, they  crossed hands, instruments and ideas under the one “umbrella”. 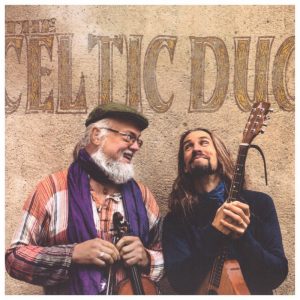 Their debut “S/t” album with 12 tracks in get back time machine in the era of 17th/18th century, but with wise and maximally original interpretation, where arrangements are part of special researching undertaking. 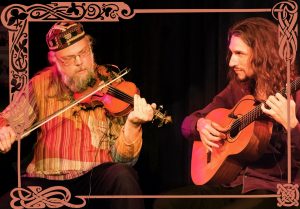 Even that  most of  the songs posses relaxing atmosphere, Jonas and Emil all the time show their huge knowledge, equally in playing instruments and creating specific ambient. This is pretty interesting album with specific atmosphere and similar feeling/emotion, without any  less interesting theme/tune/song.