STEPHEN DOSTER – “Over The Red Sea”

Musician/artist/producer Stephen Doster is in the saddle for a years, and his career deserve a huge respect. Believe or not, he has been the producer of over 70 records. During his long career he shared the stage with such a names as  : Joe Cocker, Lyle Lovett, Clarence Gatemouth Brown, Little Feat, Patty Griffin, Ricky Nelson, Squeeze, Marshall Crenshaw, Ani Di Franco, and Ramblin’ Jack Elliot among others. 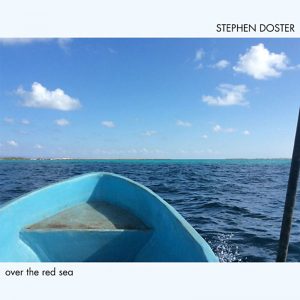 In last 7 years “Over The Red Sea”, actual release, is his 3rd product, after successful  “Arizona” and “New Black Suit”.
There are a 2 dedications, first in memories of  Nanci Griffith (1953-2021). Doster was the guitarist and music director of her early records “There’s A Light Beyond These Woods” and “Once In A Very Blue Moon”, as well as her Austin City Limits debut in 1985. There is also an in memoriam for Dr. John, aka Mac Rebennack  (1941- 2019), who recorded Doster’s song “Baby There’s No One Like You”, accompanied by Willie Nelson, for Double Trouble’s 2002 “Been A Long Time”. The album was #1 on Billboards Blues Chart for 2 weeks. Other artists who have recorded Doster compositions include Maren Morris, Albert Cummings and Storyville. 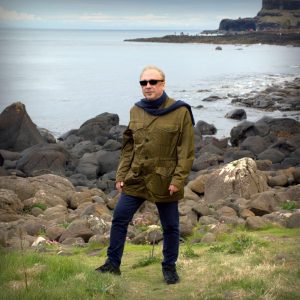 “Over The Red Sea” is an album with 11 tracks in, done in Americana/alt country/folk mood and similar atmosphere, where author’s quality of Stephen Doster is evident in complete presented materials. An excellent and experienced musicians were part of the album, and they did their job in best possible way. As a producer, Doster also has been created one modern release.