DAVE DESMELIK – “Clues Of My Existence”

Mr. Dave Desmelik is a singer/songwriter with longer career behind him. He is in the saddle for years, and he has released believe or not 16 independent albums. He is storyteller, who has performed many concerts on domestic/national field, as same as abroad. 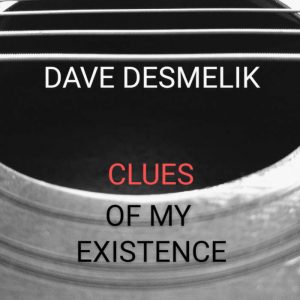 He writes insightful lyrical stories, and his music legacy in many spheres touches psychology of past periods and some previous times. His songs know to remind on artists whose composing career was successful in the periods of  the 60’s and  the 70’s. But also is clear that Mr.Desmelik as an author also captures  a newer genre’s variants. 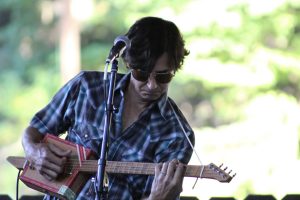 “Clues Of My Existence” with 9 tracks in, in best possible way offers old and new Americana/folk/alt country,where all the songs specifically give authentic signature. Dave is author and singer with huge experience and important knowledge, so there’s no doubt that his songs posses extraordinary performing traces and signs. “Clues Of My Existence” is another brilliant work of Dave Desmelik, acceptable for the older and newer followers of Americana/folk/alt country tendencies.

LABOBROS – “Disposable Music and Collectible Razors” DANGEROUS TRULY – “If Is Not The End, We’ll Be Forever Out Of Touch”?